Using immunotherapy earlier, immediately after the conclusion of chemotherapy to treat metastatic bladder cancer, can delay the time until disease progression.

Patients with metastatic bladder cancer who take immunotherapy after chemotherapy have better health outcomes, a study has found.

After completing chemotherapy, patients in the phase 2 study who took Keytruda (pembrolizumab) experienced no disease progression for 5.4 months versus 3 months for those who took placebo. In addition, the patients in the Keytruda group survived for a median 22 months compared with a median 18.7 months in the placebo group.

Serious and severe side effects were more common in the immunotherapy group.

The study was published April 9, 2020 in the Journal of Clinical Oncology by Dr. Matthew Galsky, director of genitourinary medical oncology at Mount Sinai, in New York, and his colleagues at institutions across the country.

Bladder cancer becomes metastatic when it spreads to parts of the body that are far from where it developed, such as the lungs, liver, bones or other organs. For decades, the standard treatment for bladder cancer at this stage has been platinum-based chemotherapy followed by observation until the disease progresses. Since immunotherapy has proven effective in treating recurrences of metastatic bladder cancer, researchers wanted to establish whether using it immediately after chemotherapy would improve outcomes — both in those who later took immunotherapy again to treat recurrence and in patients who never took another therapy. Giving immunotherapy under these circumstances is a strategy known as switch maintenance.

Between 2015 and 2018, the researchers treated 53 adults who had urothelial carcinoma — the most common type of bladder cancer — with placebo after they completed chemotherapy, mimicking the current standard of care. Meanwhile, 55 other adults with the disease received Keytruda starting two to six weeks after they finished chemotherapy.

Keytruda is part of a class of drugs called checkpoint inhibitors that interfere with the activity of proteins whose job is to keep the immune system in check. This frees up the immune system to better recognize and fight cancer.

During the study, participants were not told whether they were receiving Keytruda or a placebo in IV treatments every three weeks for 24 months, but those whose disease progressed while taking placebo were invited to switch to the Keytruda group. All the patients were checked for disease progression with imaging after every four cycles.

Patients eligible to participate had a disease that was either stable or improved after chemotherapy. They were not eligible if cancer had spread to their brains or if they had used immunosuppressive drugs long-term or had previously been treated with a checkpoint inhibitor. The median age of participants was mid- to late 60s, and the majority were men and white.

The researchers’ findings of the length of time until disease progression were statistically significant, meaning that they were unlikely to be due to chance, but their results demonstrating lengthened life did not meet that standard. However, the researchers called both trends “favorable.”

While tumors that express a lot of the protein programmed death ligand-1, more commonly referred to as PD-L1, often respond especially well to checkpoint inhibitors, that characteristic did not make a difference in patients’ outcomes in this study.

Serious and severe side effects that emerged during treatment affected 59% of the patients receiving Keytruda and 38% of the patients receiving placebo, the researchers reported. In the Keytruda group, there was one death from a treatment-related side effect, hepatitis, and 20% of patients initially assigned to that group experienced immune system-related side effects that required treatment with steroids. The largest proportion of side effects experienced during the study were serious, and they included anemia, hypertension, fatigue, difficulty breathing, urinary tract infection and liver problems.

Other recent research supports the finding that switch maintenance with a checkpoint inhibitor can be beneficial to patients in this population, the authors noted. They pointed out that a recent phase 3 trial found a survival benefit with this strategy, and that other trials are investigating even earlier use of immunotherapy in these patients, giving it along with chemotherapy and then continuing it afterward.

“Ultimately, the outcomes of the several pending randomized trials will together shape the near-term landscape of first-line treatment for metastatic urothelial cancer, a disease state characterized by a paucity of advances in decades,” the researchers wrote. 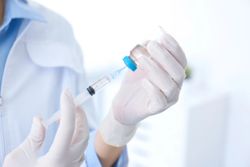 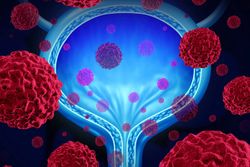