Imfinzi alone or combined with Imjudo may improve survival and tumor response when administered before surgery, opening the door to neoadjuvant mesothelioma treatments.

Patients with pleural mesothelioma (cancer in the lining of the lungs, often associated with exposure to asbestos) who underwent surgery saw improved survival and tumor response rates if they first received immunotherapy, according to recent study results.

Findings from the study, which were published in the journal Clinical Cancer Research, also demonstrated that treatment with immunotherapy before surgery may also reduce the risk for tumor recurrence.

“Recurrence of mesothelioma after surgery has historically been a big problem,” said Dr. Bryan M. Burt, lead study author and professor and chief of thoracic surgery at Baylor College of Medicine in Houston, in an interview with CURE®. “Most patients with mesothelioma, because of the size of the tumor and the way it grows along the pleural surfaces, most patients will have a local recurrence in the chest.”

Patients enrolled in this phase 2 trial received either Imfinzi (durvalumab) alone or in combination with Imjudo (tremelimumab). Both medications are immune checkpoint inhibitors, which affect the patient’s natural immune system to increase damage to cancerous cells.

“We were hoping that stimulating this immune response before surgery would result in a persisting immune response that would prevent the recurrence of this tumor, potentially by acting on the potential microscopic disease that remains after surgery,” Burt said.

Nine patients received Imfinzi as a monotherapy and 11 received the combination regimen Imfinzi plus Imjudo. Most patients (85%) in the trial went on to receive a planned thoracotomy, a specialized chest surgery to reach the pleural chest space.

Tumors demonstrated a partial response (decrease in tumor size or in the extent of cancer in the body) to treatment in 35.3% of patients who went on to surgery, with a major partial response affecting more than 90% of the initial tumor seen in two (11.8%) patients.

Data show patients who received the combination therapy had longer median overall survival (the time when a patient with cancer is still alive), but immunotoxicity side effects considered mild to severe occurred in 27% of combination therapy patients as opposed to only 8% of the monotherapy group.

“Typically, two agents work better than one agent, at the cost of having more side effects just in general or immune-related (side effects),” Burt said. “The side effect profile in general of these drugs was very low, very reasonable. It importantly did not delay surgery and did not prevent surgery.”

Burt already has plans for future clinical trials examining the use of immunotherapies in treatment of surgery-eligible mesothelioma; he and his colleagues will be comparing the recurrence-free survival rates of patients treated with a dual-agent immunotherapy course (such as the Imfinzi plus Imjudo course used in this trial) to those treated with a combination of chemotherapy and immunotherapy treatments.

“From a scientific perspective, a biomarker perspective and a disease-monitoring perspective, we found some interesting findings of specific types of memory CDAT cells that seem to be associated with improved clinical outcomes. That is exciting from all those perspectives and (these treatments) deserve further study in future trials.” 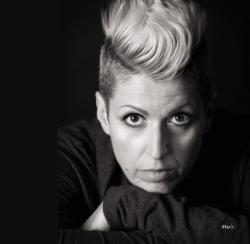