Compared with single-agent therapy, the combination of Yervoy and Opdivo showed a 38% overall response rate.

Patients with metastatic bladder cancer had a high response rate to immunotherapy treatment that included a higher dose of Yervoy (ipilimumab) combined with Opdivo (nivolumab), according to study findings published in the Journal of Clinical Oncology.

The trial, which was led by researchers at The University of Texas MD Anderson Cancer Center in Houston, showed that patients who were given the higher dosage of Yervoy had a 38% overall response rate to the therapy compared with those who only received Opdivo (25.6%) or the smaller dosage of Yervoy (26.9%).

“I think the study clearly indicates that we can get better response rates, which means that we can help more patients than we did with the prior monotherapies,” lead study author Padmanee Sharma, a professor of genitourinary medical oncology and immunology at MD Anderson, said in an interview with CURE®. “We are seeing combination strategies that can potentially help even more patients than we did previously, and it offers patients a lot hope.”

The 38% overall response rate is higher than any previously reported in studies of single-agent immunotherapies, which ranged from 13.4% to 21.1% for metastatic bladder cancer, the researchers wrote.

“We have made progress in coming up with new treatments for patients with cancer,” Sharma said. “These drugs have been approved for multiple tumor types like melanoma and kidney cancer, for example, and now we are showing that it’s true that it can also work in bladder cancer.”

Yervoy and Opdivo are immunotherapy medications known as checkpoint inhibitors that work on T cells. “(T cells) are sort of the soldiers of your immune system. They block different inhibitory pathways,” Sharma said. “If you were to think about it, whenever there is something foreign in your body the T cell has to go throughout your whole body and recognize it, then eradicate it and then stop the response.

“There is one set of inhibitory pathways that come up quite early and that’s the CTLA-4 inhibitor pathway. By blocking CTLA-4 with Yervoy we are enabling the T cell responses to continue for longer periods of time, so they can lead to tumor eradication,” she added. “The T cell also has a later inhibitory checkpoint, PD-1, where Opdivo acts on that checkpoint. Together they are removing both pathways that allows an improved anti-tumor response compared to monotherapy.”

In all groups, more than 80% of patients experienced side effects. However, the highest number of grade 3 (serious) or grade 4 (life-threatening) side effects were seen in the patients given the higher Yervoy dose (39.1%). Treatment was discontinued in both Yervoy/Opdivo combination groups because of toxicity. In the Opdivo alone group, 3.8% of patients were forced to discontinue treatment.

Even though the findings of the study are promising for patients, the researchers explained that a larger trial with a greater number of patients is needed to hopefully replicate the findings. Sharma added that there is already a phase 3 trial underway.

“We are at the tip of iceberg because now we have some of these drugs and hopefully we will have more, and better, combinations,” Sharma said. “It’s very important for patients to know that with these new immunotherapy checkpoint agents that we have entered an era of hope. We have even entered an era where we can use the ‘cure’ word even in stage 4 disease.” 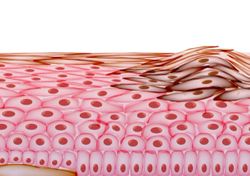