Although chemotherapy has been used to treat patients with Merkel cell carcinoma, immunotherapy agents show great promise, according to findings presented at the 2017 World Congress of Melanoma.

Merkel cell carcinoma (MCC) has traditionally been treated with chemotherapy. Although it helped to shrink the tumor, the cancer often began to grow again within six months, according to the National Cancer Institute.

But evolving cancer treatments offer new optimism for patients with the rare and aggressive disease. That growing hope lies in immunotherapy. Paul T. Nghiem, M.D., Ph.D., a professor at the University of Washington, discussed these advancements during a presentation at the 2017 World Congress of Melanoma held in Brisbane, Australia.

Chemotherapy has demonstrated an overall response rate (ORR) of 55 percent in the first-line setting and is included in the National Comprehensive Cancer Network (NCCN) guidelines, said Nghiem. However, the immunotherapy agents Bavencio (avelumab), Keytruda (pembrolizumab) and Opdivo (nivolumab) have shown response rates of 32 percent, 56 percent and 73 percent, respectively, based on first- and/or second-line data.

“We didn't think that the response rates for any of these agents — Bavencio, Keytruda or Opdivo —would be significantly higher than chemotherapy, but we were hoping to see differences in terms of durability,” he said.

Nineteen in 20 patients with MCC treated with chemotherapy see their cancer progress, according to Nghiem. Findings published in Cancer Medicine found that when chemotherapy was given in the first-line setting, there was a 6 percent progression-free survival (PFS) rate a year after starting systemic therapy. Patients who received Keytruda and Opdivo, both PD-1 inhibitors, saw a PFS of 45 percent and 75 percent, respectively, a year after the start of systemic therapy.

“Broadly speaking, PD-1 axis blockade agents will generate a durable response for a year or more in the first-line setting in more than half of patients,” said Nghiem.

However, patients receiving a PD-1 inhibitor after prior chemotherapy saw durable responses drop from more than 50 percent to 30 percent, he added.

The auspicious outcomes with checkpoint inhibitors in MCC led to Bavencio becoming the first approved treatment by the Food and Drug Administration (FDA) specifically for this disease. In March 2017, the FDA granted an accelerated approval to Bavencio for the treatment of adults and pediatric patients 12 years and older with metastatic MCC, including those who have not received prior chemotherapy. Last month, the European Commission also approved Bavencio for MCC.

Both approvals of Bavencio were based on findings from the phase 2 JAVELIN Merkel 200 study. In Part A of the study, which enrolled 88 previously treated patients with metastatic MCC, the ORR with Bavencio was 33 percent, which included an 11.4 percent complete response (CR) rate and a 21.6 percent partial response (PR) rate. The duration of response (DOR) was at least 6 months in 93 percent of the responding patients, with 71 percent having a DOR of 12 months or more. DOR ranged from 2.8 months to more than 24.9 months.

Median PFS with Bavencio was 2.7 months. The 6-month PFS rate was 40 percent. The median overall survival (OS) was 11.3 months and the 6-month OS rate was 69 percent.

Part B of the JAVELIN Merkel 200 study included 39 patients with metastatic MCC who had not received prior systemic therapy in the metastatic setting. The ORR was 62 percent in these patients, comprising a CR rate of 14 percent and PR rate of 48 percent. The 3-month PFS rate was 67 percent.

The FDA approval of Bavencio paves the way for additional immunotherapy agents to gain regulatory approval for MCC, said Nghiem.

The future of immunotherapy in the field of MCC could include combination regimens, such as pairing CTLA-4 and PD-1/PD-L1 inhibitors, which has been successful in patients with melanoma. However, according to Nghiem, adding an anti—CTLA-4 agent, such as Yervoy (ipilimumab), to a PD-1/PD-L1 inhibitor could lead to high toxicities, particularly for elderly patients, who represent the majority of patients with MCC.

Immunotherapy in the adjuvant setting is also currently under investigation with the ADAM trial, which is examining adjuvant Bavencio in MCC. This study randomized 100 patients with node-positive MCC to Bavencio or placebo. Patients will receive treatment for two years after surgery.

“Currently, there is a 70 percent chance of recurrence for patients with node-positive MCC. This study will be interesting to determine the adjuvant activity when patients receive an immunotherapy agent,” said Nghiem. 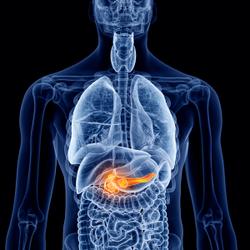 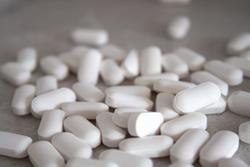