Immunotherapy, Other Therapies May Have Improved Overall Survival in Melanoma Brain Metastasis

Patients with melanoma brain metastasis (or when cancer spreads to the brain) have had improved prognosis over the last five years, which may be due to the Food and Drug Administration (FDA) approval of several immunotherapies and BRAF/MEK inhibitors, according to a study published in Cancer.

Melanoma accounts for approximately 6% to 12% of all metastatic brain tumors, and survival after this diagnosis has historically been poor, as overall survival was between four months and six months, according to the study’s introduction. Over the past decade, the FDA has approved immunotherapies in the form of checkpoint inhibitors including Opdivo (nivolumab), Yervoy (ipilimumab) and Keytruda (pembrolizumab), in addition to targeted therapies such as BRAF and MEK inhibitors, which target these specific mutations that can fuel cancer growth in melanoma.

In the current study, researchers analyzed data from 425 patients (mean age, 59 years; 72% men) with melanoma brain metastasis who were treated at Memorial Sloan Kettering Cancer Center between 2010 and 2019. In addition, these patients had 2,488 brain metastases.

Researchers determined that several factors shortened overall survival including the increasing number of brain metastases at diagnosis, leptomeningeal dissemination (or a particular pattern of metastasis), higher serum levels of lactate dehydrogenase (an enzyme that converts sugar into energy), earlier melanoma brain metastasis diagnosis year, presence of extracranial disease (or cancer outside of the skull) and receiving immunotherapy before a diagnosis of melanoma brain metastasis.

The use of different central nervous system-directed treatments, which did not include the recently FDA-approved therapies, was linked with diagnosis year, presenting symptoms, the size of brain metastasis, the number of brain metastases and the presence of cancer outside of the skull.

Patients who underwent craniotomy, a procedure when a small part of the skull is removed to allow a surgeon to remove the brain tumor, were found to have improved survival compared with those who did not undergo the surgery.

“The number of (brain metastases) at diagnosis, the systemic disease burden and the presence of (leptomeningeal disease) are important prognostic indicators and can guide patient counseling,” the study authors wrote. “As treatment paradigms continue to evolve, both (central nervous system)-directed and systemic trials should be open to and accruing patients with (melanoma brain metastasis) to understand treatment efficacy in this morbid, difficult-to-treat and increasingly prevalent disease stage and to continue improving their prognosis.” 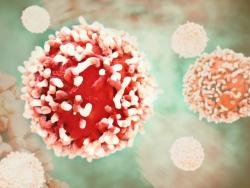