Khloe's Story: the Tale of a Rare Pediatric Cancer 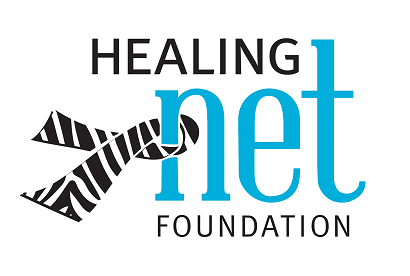 Khloe’s story is as unique as the rare neuroendocrine (NET) cancer she was diagnosed with in 2018. The medical team spanned three states including a NET specialist in pediatrics. Part 1 of this series introduces you to Khloe, her family and the beginning of a challenging journey.

Khloe may look like a typical 11-year-old who plays a trombone and loves gymnastics but inside there’s a superhero who has been through medical challenges that many adults would find daunting.

The worldwide incidence of NET cancer in children is around 2.8 cases per one million children as compared to approximately 7 in 100,000 adults in the U.S. (Neuroendocrine Tumors in Pediatrics, Global Pediatric Health July 2019 by Farooqui and Chauhan). While adults diagnosed with NET cancer find it difficult to find a doctor with extensive knowledge or experience, imagine the odds for a nine-year-old.

Mom and Dad (LaWanda and Lloyd), Khloe, and brother (Manny) and sister (A’nya) could not have imagined the journey ahead…a story that is a remarkable combination of courage, perseverance, science and collaboration among medical providers who have become their extended family.

Khloe has been to multiple states, undergone treatments with somatostatin analogues and 90Y-DOTATOC radiation up until her decision to have a multi-organ transplant, supported by her parents. In 2020 Khloe received a new pancreas and a new liver. Her life in 2021 is filled with weekly doctor visits and daily medications but she is stretching and preparing for a return to her beloved gymnastics.

“She was very sick; something was wrong. Usually parents have a feeling when something is really wrong, and then your greatest fear comes true when you are told your daughter or son has cancer. That is probably the hardest thing about my job,” said Dr. Teresa York, pediatric hematologist and oncologist at the University of Maryland Children's Hospital.

After scans revealed what York describes as large tumors in Khloe’s liver and possibly something in her pancreas, she ordered a liver biopsy, and the diagnosis of neuroendocrine cancer was confirmed. That’s when York realized she was dealing with a rare disease that usually presented in much older adults.

“I was researching John Hopkins, and they had never treated a child with NETs, I researched St. Jude’s, and nothing was at their Children’s Research Hospital. I’m not familiar with neuroendocrine tumors. I have learned from Khloe," York said.

“It was not that hard. It took me a few days to understand," Khloe said.

Lucky break, coincidence or something else… York’s research into neuroendocrine landed in her own backyard. A colleague who was a pathology resident right there at the University of Maryland Medical Center had studied at the University of Iowa, and knew of the work of Dr. Sue O’Dorisio, the only pediatric NET specialist in the U.S., maybe even the world. Now the family was off and running for #TeamKhloe…a journey that would take them next to Iowa.

To see the videos that accompany this first part of Khloe’s story, visit https://www.thehealingnet.org/khloes-story. Readers can click through to parts 2-4 of Khloe's story from there.

Keeping a Healthy Perspective Toward Cancer 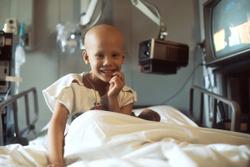