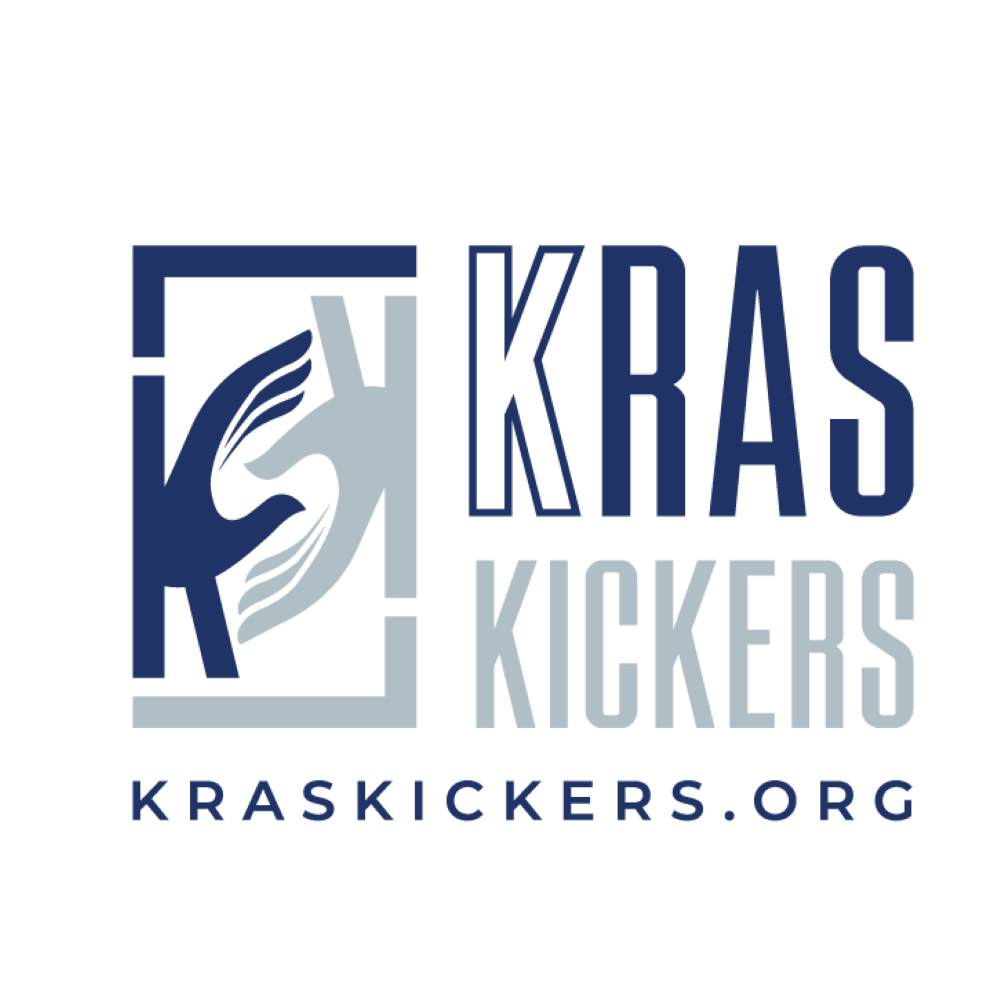 The KRAS G12C gene mutation in non-small cell lung cancer has been deemed “undruggable,” but recent effective therapies have successfully targeted this mutation, leading to shrinking of tumors and longer survival.

Atlanta resident Gwen Cesta-Persichetti was visiting family in New York City in July 2020 when she started coughing up blood.

“I attended my nephew’s graduation party and then headed to the nearest urgent care,” says Cesta-Persichetti, who was 64 at the time. “I thought I might have pneumonia or perhaps a blood clot from traveling.”

But imaging scans showed she had stage 4b lung cancer that had spread to her brain, spine and lymph nodes.

Cesta-Persichetti was no stranger to cancer. Fifteen years earlier, she had a double mastectomy to treat stage 1b breast cancer. The surgery was followed by five years of Arimidex (anastrozole), an endocrine therapy for hormone receptor-positive breast cancers.

“I knew I could handle the cancer treatments,” says Cesta-Persichetti. “It was the stage 4 diagnosis that scared me.” Both her parents had died within six months of receiving stage 4 cancer diagnoses; her mother had breast and lung cancer and her father had prostate cancer. “I didn’t see how anyone could survive cancer in the lungs, brain and spine for very long,” she recalls. “I cried when I realized I might not see my daughter get married the following year.”

The oncologist Cesta-Persichetti met with in New York had a different perspective. A biopsy of the lung tumor showed that Cesta-Persichetti had non-small cell lung cancer (NSCLC), the most common type of lung cancer. Genomic testing on the tumor also showed the cancer was caused by a gene mutation called KRAS G12C (short for Kirsten rat sarcoma viral oncogene homolog). For decades, this mutation was considered untreatable.

But a new drug designed to target the aberrantly active RAS protein encoded by the mutant KRAS gene being tested in clinical trials — Lumakras (sotorasib) — was showing tremendous promise in treating KRAS G12C-mutated NSCLC. Cesta-Persichetti’s doctor thought she was a perfect candidate.

After radiation therapy to shrink the tumors in her brain, Cesta-Persichetti began taking Lumakras in August 2020. She noticed improvements almost immediately.

“Within 10 days, I could take a deep breath without coughing,” she recalls. “In fact, I stopped coughing altogether.”

Imaging scans four weeks later showed a noticeable decrease in the size of the tumors in her lungs and lymph nodes.

More than 120 other participants in the national CodeBreaK 100 clinical trial, which began in 2018, experienced similar results. The Food and Drug Administration (FDA) took notice, giving the drug breakthrough therapy designation in December 2020 and moving it quickly through the approval process. On May 28, 2021, the FDA approved the drug as the first targeted therapy for metastatic KRAS G12C-mutated NSCLC.

KRAS (pronounced KAY-ras) is a group of genes that help control how cells grow and divide. It is the most frequently mutated gene leading to the development of cancer (what cancer specialists call an oncogene). A mutated KRAS oncogene makes abnormal proteins that fuel the growth and spread of cancer cells.

There are different KRAS subtypes, with the G12C subtype linked to not just lung cancer but as many as 3% to 5% of colorectal cancers as well as cancers of the pancreas, endometrium and appendix.

“The KRAS G12C mutation drives lung cancer growth and is associated with poor outcomes with higher rates of relapse, shorter progression-free survival (time during and after treatment when the patient lives without disease progression) and diminished overall survival (time from diagnosis or treatment start when patients are alive) compared (with) other types of lung cancers,” says Dr. Bob Li, a medical oncologist and physician-scientist at Memorial Sloan Kettering Cancer Center in New York City.

For reasons that are not clear, White women, Asian males and people who are Black are more likely to have this mutation. The altered gene is not something you are born with, so you cannot pass it to future generations.

“There are some inherited mutations in RAS pathway genes that can lead to rare developmental syndromes known as RASopathies. However, KRAS G12C isn’t one of them,” explains Dr. Ferdinandos Skoulidis, associate professor in the Department of Thoracic/Head and Neck Medical Oncology at The University of Texas MD Anderson Cancer Center in Houston.

“KRAS G12C is a somatic mutation, which means something happens after you’re born that changes the DNA in the tissue that becomes cancerous,” he says. “We typically see this mutation in people who have a history of smoking.” Skoulidis calls tumors with KRAS mutations “one of the worst ones to have because up until now there have been no effective targeted therapies.”

KRAS G12C-mutated tumors are resistant to other treatments like EGFR inhibitors. Some people with KRAS G12C-mutated NSCLC may respond to immunotherapies like Keytruda (pembrolizumab) or a combination of immunotherapy and chemotherapy. But for those whose tumors do not respond or relapse, the outlook was often bleak.

Researchers first identified the KRAS G12C mutation as a driver of NSCLC in 1982. They would spend nearly 40 years searching for a way to stop it.

“The KRAS protein encoded by the gene is round and smooth, which makes it very difficult for a drug to bind to it,” says Li.

For three decades, the KRAS G12C mutation was deemed undruggable and therefore, untreatable. And then, in 2012, researchers made a remarkable discovery.

The development of Lumakras and another promising drug, adagrasib (which received FDA breakthrough therapy designation in June 2021), was made possible after researchers located a hidden pocket or groove in the KRAS G12C protein that only exists when the protein is inactive or dormant. The drugs target these inactive proteins, working their way into the pocket and binding to the protein.

“The drugs essentially lock the protein in an inactive state,” says Dr. Hatim Husain, a medical oncologist who treats lung cancer at Moores Cancer Center at UC San Diego Health. “Once that happens, the protein can’t send the signals that cause cancer cells to multiply. Cancer cells start to die, causing tumors to shrink.”

In the CodeBreaK 100 clinical trial, Lumakras stopped tumor growth for 8 in 10 people. For 1 in 3 participants, the tumors got substantially smaller. The drug kept tumors stable for at least six months, with a median overall survival time of 12 and a half months. Results from phases 1 and 2 of the KRYSTAL clinical trial of adagrasib are also encouraging. More than 40% of participants saw tumor shrinkage, whereas close to half had disease stabilization.

The Lumakras treatment involves taking eight 120-milligram tablets each day (for a total of nearly 1 gram). Clinical trials are underway to see whether a lower dose might be equally effective. About 2 in 3 people experience manageable medication side effects like diarrhea, nausea, fatigue and muscle or bone pain.

Although Cesta-Persichetti saw tremendous improvements while taking Lumakras, she was only able to take the drug for about five weeks. “My lungs looked great, but the tumors in my brain and spine kept growing,” says Cesta-Persichetti, who now receives Keytruda infusions every three weeks.

Still, she credits Lumakras with stabilizing the lung cancer and helping her be around to dance at her daughter’s wedding this past December. Cesta-Persichetti considers herself fortunate. At the time of her diagnosis, she had access to top cancer specialists in New York who knew to test for the KRAS G12C mutation. They also knew how to connect her with a clinical trial near her home in Atlanta.

“Unfortunately, many people with NSCLC still don’t get molecular testing to check for targetable gene mutations,” says Husain. “There’s a need for better education about genomic tumor testing among patients and their doctors.”

Laurie Seligman, a 61-year-old resident of Palmetto, Florida, took it upon herself to learn all she could about NSCLC after receiving a stage 3a diagnosis in January 2018. Her initial treatment included multiple rounds of chemotherapy and radiation therapy followed by Imfinzi (durvalumab).

It was at a LUNGevity Foundation Hope Summit in 2019 that Seligman first heard the words KRAS and genomic testing.

“When I asked one of the doctors in attendance whether I should get tested, he said I didn’t need it unless the cancer progressed,” Seligman recalls.

But in September 2020, scans found a mass in a lymph node near her clavicle. Before getting the biopsy that would confirm the cancer had spread, Seligman asked her doctor if they could test the tissue for gene mutations. When the tissue sample turned out to be too small for genomic testing, Seligman asked for a blood test.

“My doctor tried to dissuade me because insurance companies don’t always cover the costs of tumor testing,” she says.

Depending on the test, costs for genomic testing can range from $300 upwards to $10,000. Test results showed Seligman had the KRAS G12C mutation.

“I was excited because I had some knowledge of KRAS. When I heard it was the G12C subtype, I felt like I won the lottery!” she says. “An oncologist I saw for a second opinion had told me there were clinical trials underway to find a treatment for this genetic mutation.”

Seligman, who was living in San Antonio at the time, decided to move to Florida to be closer to family.

“I also thought I might have better access to clinical trials in Florida,” Seligman says. The process of moving took all of Seligman’s strength. “I couldn’t pack one box without stopping to rest,” she says.

Soon after she relocated to Florida, a trip to an urgent care showed her right lung had collapsed. After undergoing treatment, Seligman started the combination immunotherapies Opdivo (nivolumab) plus Yervoy (ipilimumab). But after receiving just two infusions at the start of 2021, she was hospitalized for almost a month with pneumonitis, a lung inflammation.

After her hospitalization, Seligman learned that since the cancer was now stage 4, she was eligible for the CodeBreaK 100 trial.

“I started the paperwork in May to enroll in a trial that was getting underway at the Moffitt Cancer Center in Tampa,” says Seligman. Two days before she was scheduled to get a tumor biopsy (the last step before starting the clinical trial) the FDA granted full approval to Lumakras. “Again, it felt like winning the lottery,” she says.

Seligman started taking Lumakras towards the end of June in 2021.

“My cough seemed better in just two days, but I thought I was imagining it. It seemed too soon to notice any health changes,” she recalls. But in two weeks, her cough was gone. “It had been a long time since I could have a conversation without getting winded or having a coughing fit.”

Her first imaging scan at five weeks showed a significant reduction in the size of the lung tumors. By the third scan on Jan. 6 of this year her doctor said, “For all intents and purposes, you’ve had a complete response to the drug.”

Seligman didn’t know exactly how to interpret those words, but an internet search suggested she was in remission.

“I still can’t believe it,” Seligman says. “A year ago, my prognosis was terrible, and now I’m in remission. I know the drug could stop working at any time. I have to hope that if that time comes, there’s another drug — one that’s probably in clinical trials right now — that will help.”