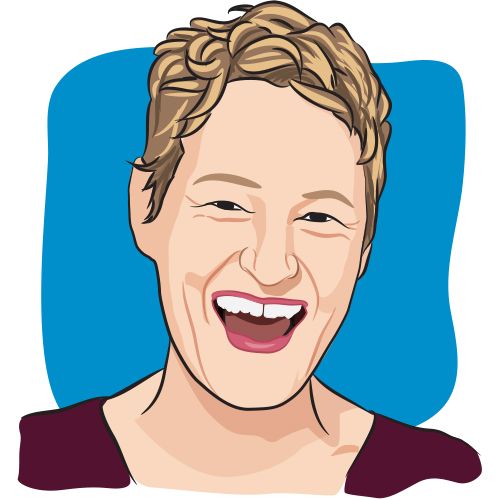 Linnea Olson was diagnosed with non-small cell lung cancer in April of 2005. In addition to being a vocal advocate for cancer patients, Linnea is a mother, artist, writer, friend, adventurer. She refers to herself as a terminal optimist; someone who is living (each day to the fullest) with stage 4 lung cancer. Linnea also writes at outlivinglungcancer.com.

It's not always easy to keep on living when you've been told that you are dying.

I was diagnosed with lung cancer at an early stage when a cure was a distinct possibility. However, despite aggressive treatment — a lower left lobectomy followed by four rounds of chemotherapy — my cancer soon recurred. Three years after diagnosis I was restaged to 4 and advised that I had only three to five months left to live. Upon my request, I was referred to a thoracic social worker and at my first appointment I asked for help coming to terms with the fact that I was dying — I believe my exact words were, "Help me learn how to die."

Well, thanks to an experimental therapy (three of them, in point of fact), I didn’t die then. More than seven years later, I still see the same thoracic social worker every few weeks with the focus now on surviving. We talk at length about the problems specific to advanced cancer — the challenges of getting on with life when your prognosis is less than encouraging.

For instance; it takes real guts to get up in the morning when you know that your statistical probability of surviving the next five years is a dismal 1 percent, the figure given for stage 4 lung cancer. Rather than having PTSD, my social worker and I have agreed that those of us with terminal illnesses likely suffer from OTSD, or ongoing traumatic stress disorder.

However, I continue to count my blessings and I manage the day-to-day with a mix of faith, hope and a real can-do attitude. Faith in medical science and my oncology team, hope that I will respond to available treatments with more coming down the pike and the strong belief that, against the odds, I really can keep on surviving.