Making the Shift, Moving from Survivor to 'Thriver'

Making the shift from survivor to 'thriver' is challenging. In this post, learn how one survivor makes the change.

There are quite a few reality TV shows based on survival. One particular one I enjoy watching is called “Naked and Afraid.” The show chooses a male and a female participant who are willing to leave their homes and travel to an undisclosed, remote location. While there, they are forced to rely on their survival skills. The only item either participant is allowed to bring with them from home is one personal, utilitarian item. As they arrive at their destination, each of the two people are given a burlap bag and a map. Next, they remove their clothes and the game begins.

As the title implies, the participants are literally naked and afraid. With no clothes, food, and shelter, they rely on each other to make it as the show progresses over a 21-day period. The grand prize is being able to make it twenty-one days without tapping out. If they accomplish this feat, they can call themselves survivors. If they fail the mission, they leave with the shame of knowing their failure.

At the beginning of each show, the participants are given a primitive survival rating based upon their current skill set. At the end of the show, the survival rating is reassessed. Most of the time, the score has increased significantly if the person did well. If not, the score would fall even lower than the first assessment. It’s quite interesting how they determine the scores.

When a person is diagnosed with breast cancer, it can feel like being stranded in a deep, dark jungle. Nothing looks or feels familiar. Danger seems to be lurking at every turn. And while none choose to enter that world, those diagnosed soon understand survival is key. Without a manual with instructions on survival, it’s up to the person with cancer to find ways to fight for life.

“Survivor” is a big word with a powerful meaning. After surgery and treatment, I was told I was a survivor. I didn’t know how to fit that label, but soon found out. I learned survival required daily effort. I had to make the choice to use my skills to get through each day. Over the next few years I remained in survival mode. During that time, I was healing both physically and mentally. Everything in my life revolved around breast cancer. Everything. It consumed my world.

But playing the role of survivor is hard. After years of fighting just to make it through the day, I grew tired. Like the players in the reality survival shows, discouragement came easy, especially when I had to figure things out on my own.

Around the end of last year, I had an epiphany. Realizing I was tired of playing the role of survivor, I wanted more. I wanted my old life back, but knew that was an impossibility. That part of me was gone. Everything had changed. I was learning to live a new normal.

With the skills I learned at surviving breast cancer, I felt more equipped to begin the gradual shift toward leaving the world of survival. Now that my body was completely healed, it was time to do more than survive. I wanted to learn to thrive.

The difference between being a survivor and learning to thrive was difficult to distinguish. I still felt weighed down by all I’d experienced. Testing, scans, treatments, medications, constant visits to the doctor, all of those things had worn me out. I realized, in order to thrive, I had to be willing to let go of the past and move forward. But how did I leave the comfort and safety of the familiar survivor role while at the same time shifting into a “thriver” role? I had some ideas but needed guidance. I began talking to other breast cancer survivors to gain insight.

The women I chose to consult were long time breast cancer survivors. They’d already moved from survival stage into “thrival” stage. When asked how the process began, I was told it was basically a mindset shift. They’d purposely chosen to leave the world of breast cancer behind. These women had made up their minds to find a way out. They wanted to move from a mere existence into a life filled with excitement and joy.

The tools my they used to accomplish this task were interesting and vastly different from the ones I’d used to survive. One woman said she created a vision board. By jotting down what she wanted her life to look like over the next few years, she incorporated her goals and dreams for the future. Another friend found the use of positive affirmations to be helpful. Whenever she had a negative thought, she’d counter it with a positive one. All of the ladies found journaling to be helpful and some even found counseling beneficial. But the main thing I gleaned from my conversations with them was moving from the role of survivor to thriver was a conscious decision. I needed to follow their example. I had to choose to thrive.

When first diagnosed with cancer, I felt damaged. My self esteem was low and I was confused. As a survivor, I often found myself grieving the past, feeling exposed and vulnerable. I even felt wounded although I was in the process of healing. I used every resource possible but all I was doing was surviving. I wasn’t living a vibrant and energetic life.

After making the decision to thrive, things have drastically changed. No longer am I plodding through each day feeling like a survivalist on a TV show. I’m learning to be grateful and I feel happy. I am learning to live in the moment and be present there. As a thriver, I’ve not only made peace with the past, I’ve chosen to let go of it.

I realize breast cancer was and always will be a huge part of my life. I can’t change that but I can take the changes breast cancer has made in me and use them to make myself better.

If I’d been given a primitive survival rating (PSR) at the beginning of my breast cancer journey, I’m sure it would have been on the low end of the spectrum. I would have probably started out with a one or a two. Now that I’ve mastered the art of survival and moved into the world of thrival, I think my PSR would probably be on the higher end of the scale — I might even score a 9 out of 10!

I don’t think I could ever participate in a show like “Naked and Afraid” but I sure felt that type of exposure and vulnerability when thrust into the unfamiliar world of breast cancer. The skills I learned during survival prepared me to face today.

Making the shift from surviving to thriving takes time, but the first step is easy: it’s all in your head. Choose to change your mindset. Instead of labeling yourself a survivor and getting stuck with that label for the rest of your life, why not choose to move forward and thrive?

If you’re unsure where to start, these tips may help.

Some Tips on Thrival:

Remember, if you’ve been diagnosed with breast cancer, you are a survivor. No one can take that title away from you, but being stuck in that mode is dangerous. Don’t get too comfortable there. There’s so much more to living than just surviving. We all deserve to thrive.

This poem by Judy Rohm might help change your perspective:

At a breast cancer rally she rises

To tell the world that cancer is a wakeup call

That resonates to the cell level.

That squeeze from today a second cup of coffee

On a sunny deck with someone you love.

It is a slap that sends you flying from Michigan

To Cozumel because cancer teaches that snorkeling

And mowing summer grass can be postponed

For bike rides past wild flowers and country streams,

And vacuuming the carpet and washing the windows

Are low priority items when a friend drops by to visit.

Cancer is not a gift but a lesson 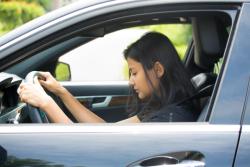