An expert explains the treatment options and personal life impacts of an essential thrombocythemia diagnosis.

Essential thrombocythemia is a rare condition in which a patient has an isolated high platelet count. How is it managed and what does it mean for a patient who has been diagnosed? An expert recently addressed these questions and more at the CURE® Educated Patient® MPN Summit.

“Oftentimes, when we see young patients, they’re often female with this condition,” said Dr. Claire Harrison, professor at Guy’s and St. Thomas’ Hospital in London, in her presentation on the topic. Harrison shared an example of a previous patient who had been diagnosed.

“Like many patients, this lady presented with just a coincidental finding, she just went to her doctors, and had their blood count done for something else,” Harrison said.

The patient was examined for an enlarged spleen as well as mutations in genomic sequence. She then had a bone marrow biopsy, which led to her diagnosis.

“I like to encourage patients to have a bone marrow biopsy because one of the issues with (essential thrombocythemia) is, it can be difficult sometimes to tell the difference between it and some other conditions, in particular myelofibrosis,” Harrison explained.

Next Steps and Understanding the Impacts

Once the diagnosis is made, Harrison said, the health care team will stratify risks and personalize how the essential thrombocythemia should be managed based on different aspects such as age, whether or not they have high blood pressure and whether or not they may get pregnant. This will help inform what sort of therapy a patient is given.

A provider will also want to discuss the burden of the condition with the patient, which may include complications like blood clotting or bleeding and symptoms like fatigue, headaches and dizziness among others.

“But I think it's also important, as was already emphasized, to think about the wider issue here,” Harrison said. “The issue of toxicity from drugs, the risk of an additional cancer and then the wider impact of having this condition and the symptoms.”

The wider impact, she said, may be the effects on a patient’s emotional health, relationships, productivity, enjoyment of daily life, career, physical abilities and personal finances.

Harrison added that providers will frame this condition as cancer due to it being chronic – and one issue is that patients have often never met another individual with the same diagnosis, so it’s important to provide extensive answers to common questions.

Many of her patients tend to ask whether they can help their condition through a diet change, how they “got” it, what the impact on pregnancy and contraception is, whether they can travel and what signs and symptoms to watch out for are.

For patients who are low risk, it is still an open question as to whether treating early with a drug may reduce disease progression. Harrison explained that several studies have examined different options, but it is unfortunately unknown.

“We generally would use aspirin for most patients (and) monitor cardiovascular risk,” Harrison said. “By that I mean, keep the blood pressure low, eat a Mediterranean diet, exercise plenty, don't smoke, etc. But we do sometimes treat patients, even if they're low risk, if they have got a lot of symptoms, if the white count is going up, if the spleen is increasing.”

For patients over 60, a treatment is generally introduced. This decision was based on a study which showed that in patients over 60, using the drug hydroxyurea, a chemotherapy drug, was important in reducing blood clotting to around one third or less, Harrison said. In addition to the continued management of lifestyle factors, the treatment could have a large benefit.

Other studies have examined the use of anagrelide, which is a blood thinner that has similar benefit in patients with essential thrombocythemia. Harrison emphasized that patients need to manage their personal health while on these medications to avoid side effects. Other alternatives include Interferon or older treatments for second line therapy, such as Jakafi (ruxolitinib). The various options emphasize the importance of personalizing a patient’s treatment options. 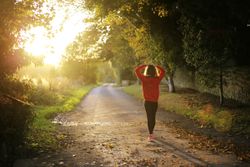 Taking Steps to Optimal Wellness for Patients With MPN