Patients with stage 3 colon cancer who consume processed meat or unprocessed red meat after receiving their diagnosis may not be at an increased risk for cancer recurrence or death.

Patients who ate unprocessed or processed red meat after a diagnosis of stage 3 colon cancer may not have an increased risk for cancer recurrence or death, according to recent study results.

“This finding is an important contribution to the literature on post-diagnostic health behaviors and outcomes among cancer survivors,” Erin L. Van Blarigan, an associate professor of epidemiology and biostatistics at the University of California, San Francisco, and colleagues wrote in the study published in JAMA Network Open. “Although our study has limitations, these findings can potentially inform patient counseling and the development of dietary guidelines specific for cancer survivors.”

Several recommendations from cancer organizations advise against consumption of red and processed meat especially for patients with colorectal cancer despite some studies in recent years demonstrating that this intake may not impact cancer-specific or all-cause death, survival or other outcomes, according to the study authors.

Researchers in this current study assessed unprocessed red meat and processed meat intake after a colon cancer diagnosis and its potential association with the risk for death or cancer recurrence. To do so, researchers analyzed data from 1,011 patients with stage 3 colon cancer (median age, 60 years; 44% women). Data were collected via surveys including a food frequency questionnaire, which was completed when a patient enrolled in the study and six months after cancer treatment. The questionnaire, in particular, focused on the intake of more than 130 items over a three-month period.

Researchers focused on several outcomes throughout the study including occurrence of a new primary colon tumor, documented disease recurrence or all-cause death. Patients were followed up for seven years after completed cancer treatment.

During a median follow-up of 6.6 years, there were 305 deaths and 81 cancer recurrences without death. Eating unprocessed red meat or processed meat after receiving a diagnosis of colon cancer was not linked with the risk for mortality or cancer recurrence.

Patients who reported a higher intake of unprocessed red meat or processed meat had a lower incidence for cancer recurrence or death compared with those who reported a lower intake, although the difference between both groups was not significant. 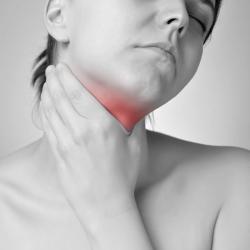