Adults who were treated for pediatric cancer during childhood may be more prone to health problems and lasting effects of their treatment. A study at St. Jude is following up with many of these patients.

Nick Dustman knew he had to live a healthy life. Diagnosed with Hodgkin lymphoma at age 16 in 1985, Dustman’s treatment was radiation to his chest area. After treatment ended he resumed his life, knowing that he should pay close attention to his health. He biked 10 miles a day and ate well; he was the picture of health. And then, in 2009, he wasn’t.

Like all childhood cancer patients treated at St. Jude Children’s Research Hospital in Memphis, Dustman received notice of the St. Jude Lifetime Cohort Study that looked at late effects of the therapies received by the children treated there. After signing up, he made appointments to return to St. Jude from his home in Florida to be interviewed and tested.

Dustman recalls the discussion he had with Tim Folse, director of the St. Jude Lifetime Cohort study after all the scans were in. “He said, no biking, no lawn mowing, nothing,” Dustman says. “He told me to go home to Jacksonville and find a good cardiologist and have a heart catheterization.”

Dustman asked Folse why was there so much focus on his heart, and he explained that research had shown that radiation to the chest area damages the heart, but the changes may not appear for decades.

“He explained that they now knew that radiation to my heart had aged it,” said Dustman. “Instead of the heart of a 40-year- old, I had the heart of a 60-year-old.

And he wasn’t alone.

By the time Dustman joined the St. Jude Lifetime Cohort Study in 2009, Melissa Hudson, director of the survivorship programs at St. Jude, had been researching late effects of childhood treatment for a number of years in collaboration with some 26 other centers that treated children with cancer.

A number of possible late effects had already emerged, including second cancers, cardiovascular problems and a host of other issues both physical and emotional depending on the treatment, the cancer’s location, the kind of cancer and whether the children had also received chemotherapy.

When it became apparent that a more substantial long-term, follow-up program was needed, Hudson began the Lifetime Cohort Study to follow St. Jude’s patients, many of whom had been treated decades earlier. The study allowed for identifying populations at highest risk and developing models that would allow for targeted interventions.

Indeed, the first patient in the study was enrolled in 2007; he had been treated for Hodgkin lymphoma in 1962.

As findings emerged around late effects, treatments began changing or being adapted to reduce such issues for children currently being treated. Doctors began carefully planning individual therapy to take into account the severity of the cancer as well as the risks of serious late effects, Hudson says. Radiation plans avoided exposure to nearby normal tissue, and surgery was planned to protect organ function.

But the need to understand the problems for the existing population of children, estimated at around 400,000 who were now adults, remained. Indeed, a study released in 2013 indicated that of those adult survivors already assessed, 98 percent had one or more chronic health conditions, with 67.6 percent having a severe disabling or life threatening condition.

Other outcomes indicate accelerated aging in some adult survivors of acute lymphoblastic leukemia, memory impairment among those who received cranial radiation, and an overall increased risk of premature death — all of which point to the need for lifelong follow up, a challenge when primary care physicians for the most part are unaware of these outcomes or others related to survivorship.

One of the things that surprised me when we started seeing the adult survivors was the undiagnosed laboratory abnormalities that showed they were already getting changes in organs, or they already had changes,” Hudson says, meaning the community providers weren’t looking for the problems in the survivors, unaware that such late effects even existed.

“Survivors need to know about their cancer history,” Hudson says, “because they have to advocate for their own health needs.”

Checking in at St. Jude

Tim Folse had been in family medicine for 20 years in the Memphis area before joining the St. Jude Lifetime Study in the spring of 2008, six months after enrollment began. Today he runs the clinic where some 3,200 adult survivors are assessed and followed. In addition, St. Jude has now included children, meaning the waiting room may have 5-year-olds to 75-year-olds.

The St. Jude Survivorship Division provides a Survivorship Care Plan for each patient where all the details of their treatment and potential problems are listed.

For the children who have undergone treatment within the past 10 years, he says, verifying treatment information is much easier because the records are all electronic.

For the adults, it requires going into the records kept by hand for treatment details that occurred 20 to 50 years in the past.

The Survivorship Care Plan follows guidelines set by the Children’s Oncology Group, the oversight group that coordinates many of the studies now being conducted across the country (see sidebar). Folse says it’s amazing to look at those who were treated and are now in their 60s or 70s because they received radiation that was often much higher than the doses given now.

“And with the proton beam used now for some cancers, radiologists can limit the radiation to the tumor and thereby avoid damaging nearby tissues,” he says.

When Nick Dustman came in for initial follow-up testing, Folse says his heart problems wouldn’t have been found by his internist at home since he was asymptomatic.

“We did coronary CT studies on a limited group of participants who have received chest radiation for Hodgkin lymphoma, and the radiologist reading Nick’s study showed me the coronary angiogram, and I had never seen one like it. All his arteries were calcified, and he was riding 100 to 150 miles a week on his bike,” Folse says.

“We pieced it together and I made him promise not to touch the bike and to find a good cardiologist at home immediately.”

Dustman did just that, undergoing a 6-vessel bypass three weeks later. Today he is back on his bike and just fine. Folse says he often spends time on the phone with patients’ physicians once they get home.

“It is a ‘shared care’ model,” Folse says. “The local physicians can talk to the providers at the hospital where the treatment was performed, and we provide information to help them care for patients who have been treated for cancer. We explain that some have minimal risk while others have a potential for life - threatening conditions due to therapy. It all depends on the specific treatment. You have to know the details.” 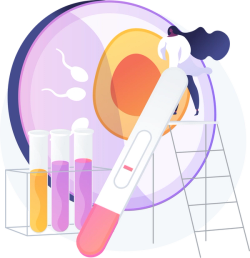