MPN Heroes Personify the Power of Teamwork and Determination

Eight individuals were honored for their dedication to MPN at the 2016 MPN Heroes™ celebration.

The power of teamwork was on full display at the 2016 MPN Heroes™ celebration, as eight individuals were honored for their dedication to research, advocacy and supporting patients with myeloproliferative neoplasms (MPNs) — efforts which all agree have led to dramatic advancements in treatment, awareness and understanding of these diseases.

Now in its fourth year, the MPN Heroes Recognition Program is sponsored by Incyte Corporation and CURE magazine to spotlight patients, health care professionals, caregivers, advocates and organizations that have improved the lives of people in the MPN community. The celebration is held during the annual meeting of the American Society of Hematology, which this year is being held Dec. 2-6 in San Diego.

Guest speaker for the evening was Pulitzer Prize—winning author of the landmark biography of cancer, The Emperor of All Maladies, Siddartha Mukherjee, an oncologist and cancer researcher at Columbia University. He paid tribute to all of the heroes in the audience who through their support for research and willingness to take part in clinical trials to help find the next “Achilles heel” in the fight against cancer, have made all the difference, paving the way for anticancer therapies that are more personalized, targeted — and effective.

“All of these unbelievable insights have come from patients and advocates … I’m sure that every person in this audience has participated as a hero in some capacity or another, as physicians, scientists, and most importantly as patients … without all of you, we would not be where we are today.”

Four recipients from across the country were honored in the category of “commitment to the individual” — a nurse, physician/researcher, caregiver and patient advocate. Before they accepted their awards, the audience watched videos in which they discussed their work.

Erin H. Blackwell, an oncology-certified registered nurse at the Levine Cancer Institute in the Adult Hematology Leukemia Stem Cell Transplant Clinic, is widely-regarded for her devotion to patient care. She has always wanted to be a nurse and looks forward every day to seeing her patients: “My favorite time is when patients are in the clinic, and I get that one-on-one time with them.”

“The diseases that we work with are really serious, and the better educated patients are, the better quality of life they’re going to have,” says Blackwell. “We help them have an understanding of what tomorrow is going to look like: this is how we’re going to treat it, this is how we’ll move forward, and this is how we can keep their day-to-day as normal as possible.”

Bonnie Joyce Blankert decided to become a full-time caregiver for her friend Beatrice Larroque, a single mother who needed a stem cell transplant due to complications of post-essential thrombocythemia myelofibrosis. Blankert took a leave of absence from her job for two months and traveled from her home in Calgary, Canada to Palm Springs, because without a designated caretaker at her side 24/7, her friend would have not been eligible to have the transplant surgery.

Deemed her “angel caregiver,” Larroque says that because of Blankert, who took her to all of her appointments, monitored her medications and PICC line, among many other duties, “I didn’t have to think of anything else but my recovery.

“When you look at the big picture,” says Blankert, “I gave up so little, but it meant so much to her.”

Patricia K. Koenig has had polycythemia vera (PV) for an estimated 60 years, first experiencing problems when she was only 15, but not being properly diagnosed for another 20 years. And then, her doctor told her she didn’t have much longer to live and to get her affairs in order. With the encouragement of her daughter, Jeannie New, Koenig found a new doctor.

Having lived with PV for at least 60 years, New says, her mother “has been knocked down so many times by this disease, and she just gets right back up,” an inspiring story that has provided hope to newly diagnosed patients — and their caregivers. “She has never let this disease define her.”

In addition to advancing MPN research, honoree Elliott Winton, a professor of hematology and oncology at the Winship Cancer Institute at Emory University, spends many hours talking with patients via a variety of advocacy organizations and support groups.

When he meets new patients at his clinic, Winton says they are often “bewildered” by the unknown nature and complexity of these diseases. He is dedicated to getting to know patients personally, educate them, so they can live the fullest life possible. “My hope and dream is that we will take our knowledge deeper and deeper into the abnormalities in the genome, understand what’s gone wrong at the molecular level, to the point where we actually do offer curative outcomes for most of these patients.”

A second group of recipients was honored for efforts that have had a significant impact on the broader MPN community.

Ann Brazeau, the founder and CEO of MPN Advocacy & Education International, has focused on helping underserved patients throughout her career. She has helped to launch programs focused on the particular needs of women with MPNs, as well as Vietnam veterans exposed to Agent Orange who are diagnosed with MPNs. “Sometimes,” she says, “we’re on the phone for an hour with a new patient, and that’s okay. That’s why we’re here.”

“I do not feel like I am a hero,” Brazeau acknowledges. “I feel like I am just doing my job. The real heroes are the people that are in clinical trials trying to deal with this disease with little or no resources. Those are my heroes.”

Ross L. Levine a leading MPN researcher, who heads a lab in his name at Memorial Sloan Kettering Cancer Center, developed an early interest in laboratory studies in oncology and since 2005, has focused on blood cancers, specifically MPNs and his work helped fuel an understanding that inspired the development of new treatments.

“Patients and doctors really were starved for knowledge, starved for insight into the mechanisms of the disease, and we were able to show that the majority of patients with these MPNs have mutations in the gene called JAK2.”

“The questions we’re asking,” stresses Levine, “although they are scientifically interesting, are aimed to help our patients … we want to push the boundaries of knowledge, but we’re doing it for our patients.”

Andrew Schorr, diagnosed first with both chronic lymphocytic leukemia and then, more recently, myelofibrosis, began his career as a health care journalist, but was propelled by his own experience as a patient with cancer to found Patient Power®, an organization whose goal, explains Schorr, is that “wherever you are in the world, you feel informed, connected, in control, and you get the best care.”

Working with his wife, Esther, the couple’s overarching goal is to educate patients, “to help them understand what their options are, what the current research says, and that they’re not alone.”

David Wallace was diagnosed with PV in 2009 and went on to found the website PV Reporter, and more recently, MPN Cancer Connection, after discovering there were very few resources available to help patients with this diseases when he was first diagnosed.

“I see myself as a traffic cop for the MPN world. I’m a patient, I know what affects me, what affects other patients. I have good days, and I have bad days … and I’m able to write about things that affect patients,” and he finds it especially gratifying when he hears from patients who have found the right specialist for their condition.

The celebration was made possible with support from Incyte Corporation, a Delaware-based biopharmaceutical company focused on oncology. Also supporting the event were CancerCare, Cancer Support Community, the Leukemia & Lymphoma Society, MPN Advocacy & Education International, the MPN Education Foundation, the MPN Research Foundation and the National Organization for Rare Disorders.

CURE Media Group President Michael J. Hennessy, Jr. thanked the group, “first and foremost, Incyte, for sponsoring this event each year, as well as our community partners who continue to help it to grow. We at CURE couldn’t be more proud to be part of this work.”

“2016 is one of the most remarkable years in the advancement of cancer care,” he continued. “While there is still a long road ahead, we are certainly getting closer to that end goal which we all know is a cure.”

The evening’s mistress of ceremonies and CURE’s founder Kathy LaTour, served on a steering committee of patients, advocates and health care professionals who selected the honorees from among the scores of people and groups nominated by the MPN community. To honor the four heroes recognized for their impact on the broader MPN community and further increase awareness, Incyte will make a $25,000 charitable donation per recipient to an organization engaged in MPN activities.

To view the video tributes to the eight honorees and more highlights of the MPN Heroes program, visit http://www.curetoday.com/events/mpn. 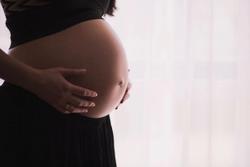