This study is the first to evaluate this rising trend of pancreatic cancer incidence in women under the age of 55.

Pancreatic cancer incidence has “dramatically” increased in younger women compared with younger men between 2000 and 2018, according to recent study results.

Findings from the study, which were published in JAMA, also demonstrated this increase in younger women when compared with older men and women.

“This (study) is important because it shines light on the fact that the incidence of pancreatic cancer is increasing in younger women,” Dr. Srinivas Gaddam, lead author on this study and assistant professor of medicine at Cedars-Sinai Medical Center in Los Angeles, California, said in an interview with CURE®.

Gaddam and researchers evaluated incidence rates and trends of pancreatic cancer over the last two decades. They found that between the years 2000 and 2018, a total of 283,817 patients developed pancreatic cancer between men and women, with both groups increasing significantly over the years.

He noted that other studies and researchers have previously seen this trend and stopped there, but Gaddam and his research team took an additional step and evaluated incidence of pancreatic cancer by subgroups. To do so, researchers grouped patients by age range and sex: 55 years and older (251,360 patients) compared with younger than 55 years (32,369 patients).

“Pancreatic cancer is usually thought of (as) a cancer of the older adults, but about 10% to 12% of them are below the age of 55, and we thought that was a significant enough number to look at,” he said.

For those younger than 55 years of age, incidence rates were lower, with a “pretty dramatic” increase in women specifically, Gaddam noted.

Researchers evaluated this trend further and divided this age group into subgroups of those 33 to 54 years (30,831 patients) and 15 to 34 (1,538 cases). Women in both subgroups had a greater increase of incidence of pancreatic cancer than men. Gaddam noted that this is the most important finding in the study.

This trend may be coming from an environmental risk factor or some unknown risk factor that younger women are exposed to, Gaddam explained, although he does not know for sure right now. This type of research is important for the future to start understanding why these trends may be increasing and how it can possibly be avoided, he added.

“We don’t want to be 22 decades down the road and then realize (pancreatic cancer incidence) is higher than that of a man and that we haven’t done any research to actually stem its rise,” Gaddam concluded. 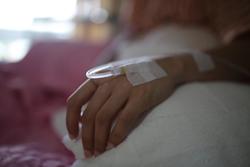