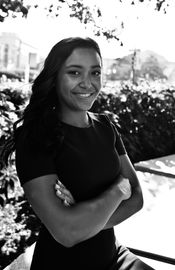 Antonia DePace, Editor for CURE®, has covered medical news for MJH Life Sciences, CURE®’s parent company, since 2021. She has written for EatingWell, Natural Awakenings Greater Boston, The Boston Globe and a variety of other lifestyle publications. She attended Emerson College, where she studied journalism and publishing. Antonia enjoys traveling, cooking, yoga and all things health and wellness. Follow her on Instagram @antonialdepace or email her at adepace@curetoday.com

Recently published data support the use of next-generation sequencing as a standard practice in patients with advanced cancer and cancer of an unknown primary location, according to the study’s authors.

The use of next-generation sequencing (NGS) — a test that provides health care professionals the ability to identify an abundance of genetic mutations — in patients with advanced solid cancers and cancer of an unknown primary location was associated with significant clinical benefits, according to data recently published in JAMA Oncology.

The study authors aimed to determine which patients achieved the greatest clinical benefit from NGS profiling. “We sought to conduct a comprehensive analysis of the clinical outcomes of patients with advanced solid tumors who had NGS performed on metastatic tissue,” the study authors wrote. This was developed under the pre-understanding of how identifying genomic alterations (genes with changed functions that can contribute to the spread of cancer) in tumors can predict therapeutic benefit from targeted therapy and can improve clinical outcomes across a wide range of cancerous tumors.

Through the gathered data, NGS identified a high rate of pathogenic germline variants (PGVs) — which are genetic alterations that increase the chances of developing specific diseases — in patients with advanced cancer, as well as cells in patients with cancer that gave more insight on the primary origin of disease.

Of the 1,138 patients who underwent a biopsy for sequencing from May 2011 to February 2018, 1,015 had a successful NGS. Prior to study enrollment, 805 patients received treatment with systemic therapy.

Overall, NGS identified 817 patients who had potentially targetable genetic alterations. Of those, 132 received sequencing-directed therapy and 49 patients achieved a clinical benefit with treatment. Moreover, 26 patients who received therapy as a result of NGS testing remained on treatment for 12 months or longer.

“We found that combined genomic profiling of tumor and normal specimens was a clinically powerful tool,” the authors wrote. “Most importantly, a high incidence of (pathogenic germline variants [PGVs]) was observed, approximately one in every six patients, with many of the PGVs identified having therapeutic relevance and resulting in clinical benefit when targeted therapies were administered.”

The study authors noted that patients with a driver gene (genes that cause tumor growth) had exceptional responses from targeted therapies, which would not have been identified without sequencing.

What made this data so groundbreaking, they noted, is that none of these therapies would have been recommended based on standard of care practice, proving the significant value of NGS testing in patients with advanced or metastatic cancer.

“Our data support a recommendation for germline testing of DNA repair genes as standard practice in patients with metastatic solid tumors and comprehensive NGS profiling at diagnosis for patients with (cancer of unknown primary),” said the authors wrote, adding that the continued discovery of genomic biomarkers (genetic substances that indicate disease) could make the clinical capability of this technology even broader.

They also added that the NGS testing could also be helpful for more than just the patients.

“(The findings have) significant implications for patients’ family members, who can be offered genetic testing and enhanced screening or risk-reducing interventions if a PGV is identified,” the authors wrote.

They concluded that the data found in this trial highlights the need to further explore the effectiveness of NGS testing on larger scale studies with access to a wider range of targeted therapies.

With Cancer, It's Game On

NORD Offers Information and Support for Patients of Rare Cancers