From NFL Hall of Famer Shannon Sharpe and Monty Python member sharing their cancer diagnoses to “Good Morning America” promoting Be The Match, here’s what’s happening in the cancer space this week.

Sharpe, a former tight end for the Denver Broncos and Baltimore Ravens, announced on Fox’s pregame show that he received a prostate cancer diagnosis in 2016. The 54-year-old said that he is now cancer-free, and credits early detection with saving his life.

Now Sharpe is involved in a campaign involving men — Black men in particular — to be screened for prostate cancer.

Monty Python member opened up about his pancreatic cancer.

Eric Idle, a founding member of the comedy troupe Monty Python and writer of the Tony-winning musical, “Spamalot” discussed his pancreatic cancer in an article he penned for “Time,” noting that in 2019, he received the diagnosis at an extremely early stage.

According to the article, Idle’s doctor told him, “neither the technician nor anyone here has ever seen it at this stage. It’s unattached, no nodes, and we have a very good chance of whipping it out.” The cancer — which Idle renamed “Kenny” because the term “pancreatic cancer” was scary — was surgically removed.

Idle now urges people to undergo screening to catch the disease early, as he did.

“So please talk to your doctor to understand which screening tests may be right for you, and tell your loved ones to do the same,” Idle wrote. “Help me help others like me to survive.”

“Good Morning America” is teaming up with Be The Match to raise awareness for bone marrow transplants.

Ten years ago, “Good Morning America” host Robin Roberts was diagnosed with myelodysplastic syndrome — a rare blood cancer — and underwent a bone marrow transplant, which is the only way to potentially cure the disease.

To commemorate 10 years from the life-saving procedure, “Good Morning America” is teaming up with Be The Match, a registry that matched patients with blood cancers to potential doners, to share stories of transplantation while encouraging people to sign up to be donors.

“So much has happened since my sister, Sally Ann, gave me that precious gift of stem cells,” Roberts said. “So for the next 174 days — that’s the number of days it took from my transplant to come back to GMA — we’re going to celebrate.”

Young, who finished in the top 8 on Season 15 of “American Idol” underwent two surgeries for brain cancer since being diagnosed in February 2021 — including a 16-hour procedure to remove the tumor, followed by a year of radiation and chemotherapy.

Now, the singer is planning her first show since receiving her diagnosis. Tickets for the two-day California concert will be $75, and raise money for the nonprofit b-present, which works to improve the experience of young adults with cancer.

“My fans have always had my back. I appreciate them more than anything else in the world. They’ve sent me tons of messages saying they hope I’m OK. Everyday friends are very important but having that extra support is great,” Young told the “San Diego Tribune.” 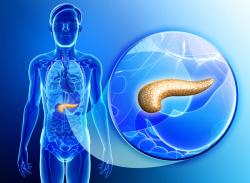 Prostate Cancer Symptoms Can Be Managed Years After Treatment
Advertisement