As surgery is the current standard of care for patients with tenosynovial giant cell tumor, the potential to add another treatment option with fewer complications may dramatically help patients with this rare tumor.

Injecting the monoclonal antibody AMB-05X directly into the knee of patients with tenosynovial giant cell tumor may lead to tumor reduction and improvements in functional outcomes, according to positive results from a phase 2 study.

Results from this phase 2 study demonstrate proof of concept for this novel local delivery via an injection in the knee, which may allow researchers to proceed further in assessing this treatment in future studies, according to a press release from AmMax Bio, the manufacturer of AMB-05X.

“Localized delivery of AMB-05X to patients with (tenosynovial giant cell tumor), a serious but nonmetastatic tumor, is a highly innovative and logical approach in addressing the well-known side effects associated with the systemically delivered therapies,” said Dr. Thomas Scharschmidt, an orthopedic oncologist from the James Cancer Hospital/Wexner Medical Center at The Ohio State University in Columbus and principal investigator of the trial, in the release.

Tenosynovial giant cell tumors are locally aggressive tumors affecting over 300,000 patients worldwide, according to the release. This tumor can be serious and debilitating to patients as it can cause disability, severe paint and diminished quality of life. The standard of care for patients with tenosynovial giant cell tumors is surgical resection, which can put patients at significant risk for prolonged postoperative care, complications, frequent relapse and infections.

“Although many of my (tenosynovial giant cell tumor) patients are eager to try new therapies, very few treatment options are available beyond surgical resection, which itself introduces both safety and post-recovery health challenges,” Scharschmidt said. “The overall clinical profiles of intra-articular AMB-05X appears to address this significant unmet need by offering an effective treatment with a much more tolerable side effect profile.”

In this phase 2 study, researchers assessed the effects of the intra-articular injection — into the joint — of AMB-05X into eight patients with tenosynovial giant cell tumor of the knee, which is where this tumor often grows in patients. In particular, AMB-05X is a potent monoclonal antibody that targets CSF1R. Several outcomes were monitored throughout this 12-week study including objective response rate (a measurable response to the treatment) and improvements in stiffness, pain, quality of life, range of motion and safety.

After 12 weeks of treatment with AMB-05X, all patients had derived a clinical benefit including tumor reduction and improvements in quality of life, pain and stiffness, and range of motion of the affected joint. In addition, administration of AMB-05X into the knee was safe when compared with systemic therapies that are currently in development or on the market. Minimal to mild elevations in liver transaminase levels (which may indicate inflammation in the liver) were observed during the study.

“These longer-term, 12-week data from eight patients confirm the earlier positive interim results seen after six weeks of treatment with AMB-05X,” said Larry Hsu, chief executive officer of AmMax Bio, in a release. “With these phase 2 data, we have now demonstrated proof of concept for the intra-articular delivery of AMB-05X in patients with (tenosynovial giant cell tumor). Using our novel approach, we have the potential to truly transform TGCT therapy to ensure an optimal balance of efficacy and safety.”

Detailed findings from this study will be presented at a future medical conference, according to the release. 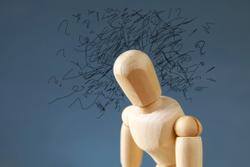 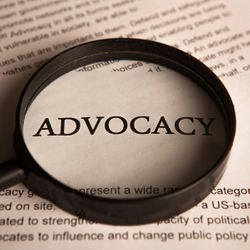