The use of a chemotherapy-free, combination regimen as a maintenance treatment option was associated with an improvement in survival in a group of patients with advanced pancreatic cancer.

Treatment with Zejula (niraparib) in combination with Yervoy (ipilimumab) elicited promising survival outcomes in a group of patients with advanced pancreatic cancer who had stopped receiving chemotherapy after a minimum of four months of disease stability, according to results of an early-phase trial.

The findings — which were published in The Lancet Oncology — showed that the combination of Zejula and Yervoy induced a six-month progression-free survival (time patients are alive without disease progression) rate that was more than double what previous data demonstrated in a similar patient population.

In that prior study, treatment with Sutent (sunitinib) versus observation resulted in a six-month progression-free survival rate of 22% in the maintenance treatment setting in patients whose disease was stable after six months of first-line chemotherapy.

For this study, investigators set the goal of six-month progression-free survival at 44%, which would have doubled the rate seen in the other study. Not only did the results of this phase 1b/2 trial meet its primary endpoint, it surpassed it — the six-month progression-free survival rate in patients who received Zejula and Yervoy as a maintenance treatment was 59.6%.

Of note, maintenance treatment is given to patients to keep the disease from returning after it has disappeared following initial treatment.

The investigators noted that many patients with advanced pancreatic cancer have experienced durable responses to treatments with multiagent chemotherapy regimens.

The goal, however, according to the investigators, has been to develop chemotherapy-free alternatives for this patient population.

“Establishing non-cytotoxic alternatives to lifelong chemotherapy for this patient population is a potential way to thwart chemotherapy resistance and prevent cumulative toxicity,” the study authors wrote.

Recent findings published in The New England Journal of Medicine demonstrated that maintenance treatment with Lynparza (olaparib) effectively delayed disease progression in patients with metastatic pancreatic cancer who had germline BRCA-mutations. While promising, the investigators noted that these results failed to include patients regardless of the presence of DNA damage variants.

The study authors mentioned that treatment strategies for chemotherapy-sensitivity regardless of DNA damage repair variants have effectively been validated in other cancer types, such as ovarian cancer. Previous study findings showed the efficacy of maintenance Zejula in patients with high-grade ovarian cancer, which led to a Food and Drug Administration approval of the drug.

Using those findings to propel their study, the investigators of the phase 1b/2 study wanted to see if the use of Zejula in combination with either Yervoy or Opdivo (nivolumab) would have a similar outcome in the maintenance setting of patients with advanced pancreatic cancer.

Between February 2018 and October 2021, 91 patients were enrolled onto a single-center study at Abramson Cancer Center in Philadelphia. Forty-six patients received Zejula plus Opdivo while the other 45 received Zejula in combination with Yervoy.

The main goal of the study was to assess the safety of the combinations as well as the effects on progression-free survival at six months. Of the 91 patients enrolled onto the trial, the investigators were able to evaluate the outcomes in 84 patients.

There was no report of treatment-related deaths in either treatment group.

“A benefit of (Zejula) plus (Yervoy) maintenance therapy in patients with advanced pancreatic cancer was recorded in this trial, and this benefit extended to patients without known DNA damage repair variants, suggesting that the effect could be independent of DNA damage repair deficiency, or equally likely, that such deficiencies were not detected using clinical grade testing,” the study authors concluded. “The effect of PARP inhibitor monotherapy in an unselected, platinum-sensitive population is unknown. Future studies to explore maintenance (Zejula) plus (Yervoy) compared with PARP inhibitor monotherapy and to maintenance cytotoxic chemotherapy should be pursued.” 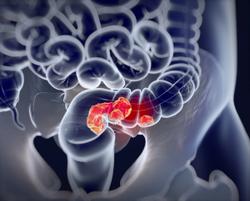