Kristie L. Kahl: Can you discuss what the rate of lung cancer diagnosis is, in particular amongst African Americans?

Dr. David Cooke: Well, luckily, lung cancer mortality has decreased in the last several years. We see that in the report from the American Cancer Society journal, where we see mortality decreasing. Over the past decade or so, in the upcoming 2020 American Lung Association State of Lung Cancer report. We also have evidence that cancer mortality has been decreasing. And that's been lung cancer-specific mortality decreasing across the board, both for Black African Americans, as well as for white Americans as well. However, the rate of lung cancer death is still higher in communities of color, specifically Black and African Americans compared to white Americans. And there are reasons for that.

On the positive side, the reasons for the decrease in mortality for lung cancer is multifactorial. We have things like lung cancer screening, we have interventions such as a smoking cessation programs, policy measures throughout our regions for increasing the age of tobacco use, from 18 to 21, and also flavored tobacco bans in our communities. In regards to therapies, we have better surgery, more minimally invasive surgery, and now about 80% of board certified thoracic surgeons who are doing long resection for cancer, about 80% of those cases are done minimally invasively. And we have new, really exciting therapeutics, specifically in precision medicine, as well as immunotherapy. When you take the constellation of those interventions, we see a decrease in mortality. However, when we look at our Black African American communities, we find that those communities are diagnosed at later stages are less likely to undergo lung cancer screening, and less likely to go specific therapeutic interventions such as surgery and enrollment into therapy to clinical trials.

Kristie L. Kahl: What are we kind of doing to negate these challenges moving forward?

Dr. David Cooke: One thing that is important for us to understand is that race, ethnicity is a social construct and not a genetic manifestation. So when we look at those disparities, we have to look at our health care structure, and how is that health care structure providing access to people of color. And what we find is that if you take something like lung cancer screening per se, the American Lung Association in lung cancer report shows in 2019, that only of the 8 million Americans, regardless of race, who are eligible for lung cancer screening, only about 4% gets screened. And that varies between states. So for instance, where I practice in the state of California, only 2% of eligible Californians get screened. When you compare that to mammography for breast cancer, about 70% of women are eligible for breast cancer get screened. Their upcoming 2020 report that lung cancer screening number will be a little bit higher than 4%. But still markedly lower than what it should be. And we do know that African Americans are screened less than white Americans. So how can we fix that?

One is through education of our care providers. In the American Lung Association’s lung barometer, it found only 15% of individuals knew that lung cancer screening was an essential health benefit to them. And so we need to empower our primary care providers to enroll their patients into lung cancer screening. Also, patients themselves need to understand that this is a benefit for them. At UC Davis Comprehensive Cancer Center, we partnered with private industry to really increase that awareness amongst our African American communities in our Sacramento region, and that includes billboards on highways and roads in the African American communities, and also advertisements in areas such as public transportation, as we know that people of color utilize public transportation more than other communities as well. So those type of interventions, lung cancer screening is just one example. Another example, in how can we reduce those disparities, is really on the policy side. For instance, in our Sacramento area, we had legislation that banned flavored tobacco products. And we do know that the tobacco industry has targeted the African American community with flavored tobacco, specifically menthol. And the idea is that banning those flavored products not only helps our youth, but also helps our targeted communities of color.

Kristie L. Kahl: What would you say is your biggest piece of advice for an individual who may be facing any of these challenges with access to care? 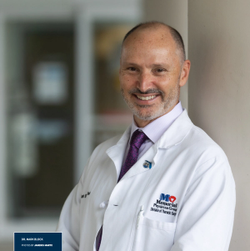 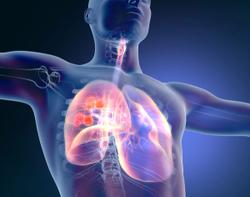