Thanks to targeted drugs and evolving research, women who experience recurrences of ovarian cancer have more treatment options than they did in the past..

The news of a cancer recurrence has been particularly difficult for survivors of ovarian cancer over the years, because there were not many treatment options for this population of patients. Furthermore, recurrences are common in these women, because the disease is often diagnosed in later stages, making it more prone to come back.

But thanks to drugs such as Avastin (bevacizumab) and PARP protein inhibitors, as well as continually evolving research, that is changing.

“There’s been a big change in ovarian cancer treatment over the last two years. There’s a lot of interest in maintenance therapy” — given after treatment to help prevent disease progression or recurrence — “either with a PARP inhibitor or with Avastin,” said Sarah Adams, M.D., assistant professor of obstetrics and gynecology at the University of New Mexico Comprehensive Cancer Center. Adams spoke July 14 at the 2018 Ovarian Cancer National Conference, held by the Ovarian Cancer Research Fund Alliance in Washington, D.C.

She discussed how women with ovarian cancer can be vigilant in monitoring for recurrence by seeing their doctors every few months to check their blood levels of a protein known as cancer antigen (CA)-125, which can rise with the growth of ovarian cancer; these women should also undergo pelvic exams and be on the lookout for symptoms.

“Generally, they’re the same symptoms you experienced the first time around,” Adams said to a room full of survivors. These can include bloating, pelvic or abdominal pain, an increase in the need to urinate, feeling full quickly when eating, fatigue, heartburn and back pain.

Once a woman finds out that she has, in fact, had a recurrence, she would likely receive a different treatment than she did for her initial disease. Adams explained that, after initial diagnosis, clinicians typically go with a more aggressive approach in attempt to cure the cancer.

“Once someone recurs, our goal shifts a little bit to extend the patient’s life,” Adams said. “We tend to focus our efforts. A patient may have a single agent or a doublet. We don’t tend to pile them on like in frontline treatment.”

In fact, Adams said that for some patients with only a small metastasis, immediate treatment may not even be necessary.

“Sometimes we find a tumor is very small and asymptomatic and people feel well. And sometimes we’ll watch and look again in a few months to see how quickly the tumor is growing and may decide to wait with treatment.”

When it is time for treatment, there are a variety of options, including chemotherapy, targeted therapy, surgery and — though not often used — radiation. Adams explained that most women respond to a second-line platinum-based chemotherapy regimen, especially if their disease is “platinum-sensitive,” meaning that there has been more than six months without tumor growth since the last time she was treated with this type of chemotherapy.

Patients whose disease is classified as “platinum-resistant” responded to chemotherapy the first time around, but had less than a six-month window before their tumors started growing again. These patients might also be good candidates for chemotherapy when they face metastatic disease. Platinum-refractory disease, however, means that the patient did not respond to chemotherapy at all the first time, and so would not be a good candidate to get it again, according to Adams.

Patients may also get a targeted agent, such as Avastin or one of the three FDA-approved PARP inhibitors.

“This is a big deal in the field right now and has really changed the approach to therapy, both in maintenance therapy and directly as treatment for cancer recurrence,” Adams said of PARP inhibition.

Avastin works by limiting the oxygen supply to cancer cells, eventually causing them to die, while PARP inhibition blocks the PARP protein, which helps to repair breaks in the DNA strand. If these breaks are not repaired, the cancer cell will die.

PARP inhibitors tend to work especially well in disease that expresses BRCA gene mutations, but ovarian cancers that do not carry those mutations may also respond. Currently, clinical trials are exploring PARP combinations to figure out what treatments will work best for women with various disease characteristics.

There are also clinical trials underway exploring the use of immunotherapy with checkpoint inhibitors and CAR-T cells in ovarian cancer. Checkpoint inhibitors block the activity of proteins that keep the immune system from going into overdrive; this frees up T cells to recognize and attack cancer. CAR-T cells are immune cells that are removed from a patient, engineered in a lab to target and kill specific types of cancer cells, and then returned to the body.

“There’s a good reason to think that ovarian cancer is a good candidate for immunotherapy,” Adams said, mentioning that the only way a woman with this disease can currently get checkpoint inhibitors or CAR-T cell therapy is by enrolling in a clinical trial.

Joining a trial — regardless of what kind of drug it is testing — is beneficial to patients because there is so much clinical oversight and protection of participants, Adams said.

“Of course, there is also an altruistic benefit to other women with cancer,” she said.

Overall, there are more treatments than ever for women with recurrent ovarian cancer, with more on the way.

“There are a lot of options available to manage ovarian cancer recurrence,” Adams said. “The goal is to optimize quality of life and extend lives.”

Patient With Cancer Asks, ‘To Port or Not to Port?’ 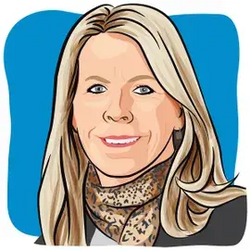 The Unknown Path of Cancer: Where to Now?

3 Points: Numbers Have a Different Meaning for Patients With Cancer

COVID-19 May Increase Mortality Risk in Older Patients With B-Cell Malignancies, Among Others

My Wife’s Attitude Toward Cancer: ‘Why Not Me?’

Melanoma Treatment Results Were So Good, Researchers Ended the Trial