Side Effects from Oral Paclitaxel Plus Encequidar May Be Mitigated with Anti-Nausea Medications, Loperamide

An increase in gastrointestinal side effects were found with the more effective combination of oral paclitaxel and encequidar; however, new safety evaluations demonstrated that various antiemetics can help treat these effects in patients with metastatic breast cancer.

Gastrointestinal (GI) side effects associated with oral paclitaxel in combination with encequidar can be managed by the use of 5 different antiemetics treatments and early intervention with loperamide, according to research presented at the 2020 San Antonio Breast Cancer Symposium.

The combination regimen – designed to treat patients with metastatic breast cancer-induced fewer side effects, like the severity of a patient’s peripheral neuropathy; however, GI side effects, such as nausea, vomiting and diarrhea appeared to be higher.

All patients on intravenous paclitaxel (111 patients) were given dexamethasone, a common steroid, and antihistamine premedication. However, after 30% (70) of patients were enrolled to include those on oral paclitaxel and encequidar, the protocol was amended to address the imbalance of GI side effects in the combination arm. Treatment comprised loperamide, otherwise known as Immodium of Dimodium, to take it at home at the onset of diarrhea along with prophylactic anti-emetic therapy.

The most frequently prescribed anti-emetic therapies included ondanesteron, granisetron, palenosetron, aprepitant, metoclopramide, domperidone and aprepitant. The majority of patients treated with the combination (59%) or the monotherapy (54%) received ondanestero.

After the amended use of prophylactic anti-emetic therapy there was a marked decrease of grade 2 or higher vomiting and diarrhea in patients on oral paclitaxel and encequidar, from 24% to 7% and 27% to 16% respectively, while there was a greater incidence for patients on intravenous paclitaxel.

However, prior to the amendment, overall GI side effects were less frequent in patients on intravenous paclitaxel, compared to oral paclitaxel and encequidar, with only 1% experiencing grade 3 vomiting and diarrhea. Grade 3 incidences prior to the amended treatment in patients on oral paclitaxel and encequidar were 7% of patients who expeerienced vomiting and 9% who reported having diarrhea, showing a slight decrease, to 4% and 3%, respectively, after the amended treatment for GI side effects.

I Am Still Me, Regardless of My Disease 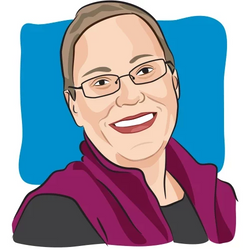 Although it’s Impossible to Eliminate Uncertainty in Cancer and in Life, it’s Possible to Live With it 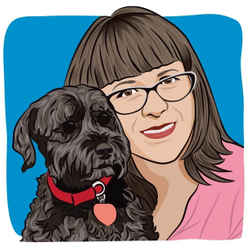