Patients with head and neck cancer appeared to be receptive to lung cancer screening, according to recent research performed at the University of Iowa Hospitals and Clinics.

Patients with head and neck cancer appeared to be receptive to lung cancer screening, according to recent research performed at the University of Iowa Hospitals and Clinics.

Their openness to discuss screening for lung cancer was found to be particularly important, as smoking can be a root cause for both diseases. The National Comprehensive Cancer Network (NCCN) even expanded the criteria for lung cancer screening to include patients with a history of head and neck cancer who are at least 50 years old and have a 20-pack-year smoking history.

The researchers conducted interviews with 19 head and neck cancer survivors through the Otolaryngology Clinic at the university of Iowa Hospitals and Clinics (UIHC). All participants were treated with surgical resection, radiation and/or chemotherapy. Three were current smokers, while 16 reported that they quit — three of them quit at least 15 years ago and the others quit as a result of their diagnosis.

Despite demonstrating an interest in screening, most reported a limited knowledge of screening for lung cancer.

But just because many patients were unaware, that did not mean that they were unreceptive to lung cancer screening when the issue was brought up. Of note, some insidivuals did express concern about false-negative results, while some were ambivalent about screening. However, patients still said they would undergo screening if their provider recommended it.

Meanwhile, others embraced the idea of lung cancer screening whole-heartedly: “Not unless it involved acid branding irons or something like that. No … I wouldn’t hesitate to do it,” one participant said.

Patients reflected on their own risks and cancer experiences, and also on what they saw friends and family members with cancer go through. Both led them to say that they would be more likely to get screened for lung cancer, which can not only lead to earlier detection — and therefore potentially better outcomes – but also a sense of relief in knowing that there is either no cancer, or that cancer was found early, and a plan of action can be created.

While some individuals reported that they were concerned with their exposure to previous radiation, those who underwent radiation therapy for head and neck cancer found this minimal exposure to be trivial. One participant said that undergoing cancer treatment impacted his willingness to be screened for second cancers: “When you are in a position where people saved your life and you darn sure know that their knowledge saved your life, it changes that.”

“Through this qualitative inquiry, we have provided evidence indicating that, especially within a shared decision-making framework, providers must work to clarify (head and neck cancer) survivors’ understanding and values for lung cancer screening,” the authors wrote. 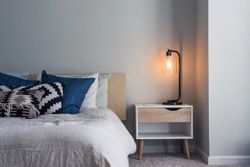 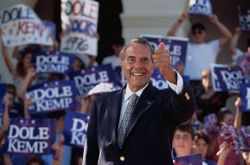