Although rates of the rare, but deadly disease have been declining in men since 1973, that is not the case for women.

Gallbladder cancer rates are not decreasing in women in the United States and more people are being diagnosed with late-stage disease, according to a new study published in Cancer Medicine.

Researchers from the University of Missouri (MU) School of Medicine determined that the rates for the rare, but deadly disease have been decreasing in men since 1973, but the same is not true for women.

Using the National Cancer Institute’s Surveillance Epidemiology and End Results (SEER) database, they examined 18,124 cases from 1973 to 2009. Frequency and rate analysis of demographics, disease stage, and survival were compared among Caucasians, Hispanics, African-Americans and Asian/Pacific Islanders.

“The strength of the study is that we were able to — over four decades — look at more than 18,000 cases to do the analysis because, without a doubt, this is a rare cancer,” Jamal Ibdah, M.D., Ph.D., director, Division of Gastroenterology and Hepatology, at the MU School of Medicine, said in an interview with CURE.

The researchers determined that rates for women had been decreasing, but that stopped in the mid-1990s.

“There is something there, but it is difficult to find what the explanation is,” he said. “This is an observation study, so we went to the database and based on the trend, there is flattening for women, while men continue to decrease. Clearly, this has to go with risk factors: Is this related to the fact that women have gallbladder cancer more often than men, anyway? Is it related to the obesity epidemic, and is this affecting women more than men?”

In addition, late-stage diagnosis of gallbladder cancer has been rising since 2001 after a decreasing pattern since 1973.

“Because of the gallbladder’s anatomy and symptoms associated with the cancer, gallbladder cancer is very hard to detect,” Ibdah explained. “When the cancer is detected, it is too late. Our study found that since 2002-2003, surprisingly, we start to see a large number of patients in which late-stage starts going up and early-stage goes down. That is another baffling phenomenon, which means that there is some risk. What risk? Either environmental or genetic, but most likely environmental.”

Also, noted in the study, was that patients who experienced the highest survival rates were those who received both surgical and radiation treatment.

“Once a diagnosis was made, our study found that women experienced a higher survival rate than men,” Ibdah said. “Asian/Pacific Islanders also had higher survival rates than other races. However, the most significant information about survivability that we gleaned from our study was that a combination of surgery and radiation resulted in the best outcomes.”

The Centers for Disease Control and Prevention reports about 3,700 people in the U.S. developed gallbladder cancer and 2,000 people died from the disease each year from 2007 to 2011. Risk factors for the disease include being a woman, older age, obesity, poor diet, a personal or family history of gallstones and long-lasting infection and inflammation in the gallbladder.

Although the SEER database is comparable to the U.S. population, there were some limitations to the study. Notably, more of the patients were from urban, rather than rural areas, and the cases included a higher proportion of foreign-born patients.

Ibdah said more is needed to better understand why gallbladder cancer rates are not decreasing for women as they are with men and why late-stage diagnosis is on the rise.

“The information in this study will allow us to focus on these areas so that over time and through clinical trials, we may one day develop a cost-effective, evidence-based screening technique to reverse these trends,” he said. 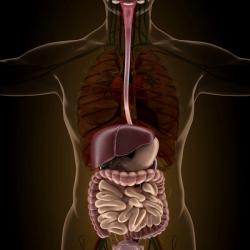