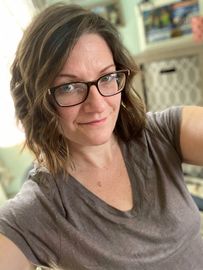 5-year follow up data from a promising trial shows survival benefits with the combination treatment of Tafinlar and Mekinist with patients with melanoma.

Postsurgical treatment with the combination of the targeted drugs Tafinlar (dabrafenib) and Mekinist (trametinib) resulted in significantly longer relapse-free survival in patients with stage 3 melanoma that harbored BRAF V600E or V600K mutations when compared with placebo, according to five-year follow up data from the phase 3 COMBI-AD trial recently published in the New England Journal of Medicine.

Immunotherapies known as checkpoint inhibitors and BRAF plus MEK inhibitors (such as Tafinlar plus Mekinist) are well-established treatment options for patients with high-risk melanoma after surgery due to their side effect profile and relapse-free survival benefits. However, the lack of research around the long-term durability of these benefits prompted researchers to perform a five-year analysis of data being collected in an ongoing trial that is currently examining just that.

In addition to the relapse-free survival benefit associated with 12 months of postsurgical therapy with this combination, researchers also reported on survival without distant metastasis based on extended follow-up from the trial.

In the COMBI-AD trial, investigators randomly assigned 870 patients, after surgery for stage 3 melanoma with BRAFV600E or V600K mutations, into two groups. One group of 438 patients received 12 months of oral Tafinlar at a dose of 150 mg twice daily plus 2 mg of Mekinist once daily. The other group, comprised of 432 patients, received two matched placebos.

While the primary goal of the study was to measure the length of time from the start of treatment until disease relapse, overall survival, meaning length of life, was not analyzed, as researchers noted that the number of deaths needed to allow the final analysis had not been reached at data cutoff. The minimum duration of follow-up was 59 months.

After 12 months of treatment, 40% of patients in the treatment group (173) received subsequent therapy compared with 54% in the placebo group (232). Among the participants who received subsequent therapies, those who received the two-drug combination most commonly were given immunotherapy (114 patients, 26%), while the majority of patients in the placebo group were administered small-molecule targeted therapy (153 patients, 35%).

When it comes to safety, researchers reported no clinically meaningful difference in the incidence or severity of serious side effects between those who received combination therapy and the placebo group.

The researchers concluded that, while these results confirmed previous findings and 12 months of combination therapy with Tafinlar plus Mekinist produced durable long-term benefits in relapse-free survival in this patient population, the duo’s effect on long-term overall survival remains to be seen and further study is needed.