That Time Getting Paid Nothing to Perform Across the U.S. Made Me Rich 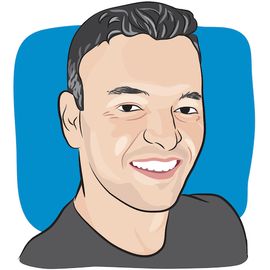 Ryan Hamner is a four-time survivor of Hodgkin lymphoma, a musician, and an award-winning author. In 2011, he wrote and recorded, "Where Hope Lives" for the American Cancer Society and the song for survivors, "Survivors Survive" used in 2015 for #WorldCancerDay. Recently, he published his book, This is Remission: A Four-Time Cancer Survivor's Memories of Treatment, Struggle, and Life, available on Amazon. His website is www.ryanhamner.com

The story of the "Hear the Heart" Tour.

"Well, I finished. I just played my final show and I'm absolutely beat," I told my girlfriend, at the time, by telephone. I had been performing my music and speaking to people affected by cancer all across the South and Southeast, for a solid month. I was in Fredericksburg, Texas and about to make my way back home to Columbus, Georgia — in one trip – alone.

On the tour I had made my way to Emory University, UAB, The University of Texas MD Anderson Cancer Center, Mary Bird Perkins, Camp Sam, The Hope Lodge and countless other venues to share my story, my music and most importantly, my message — a message to stay focused, stay strong and keep pushing. Nothing too profound, really, nothing bumper sticker worthy, but I thought it to be a good message as I thought it was the only way to think when you are up against something like cancer.

When I was 17, I started playing music around my hometown in Columbus, Georgia. I played in bars until my 30s. Yes, I had fun. Heck, I loved playing music, but this thing I was doing now was so much different. It was called the "Hear the Heart" Tour. I had been sponsored at the time with a little money to pay for the tour and a publicist. No, it wasn't a big production. I mean, most of the time I set up my own gear to perform.

All of the venues varied greatly with my arrival, too. That was always a trip. Some venues I showed up at and there were literally news cameras and newspapers there, while other venues were like, "Wait, you are hear for your heart? What?"

Regardless, I played everywhere I possibly could on this tour. I remember playing in one particular clinic where everyone seemed very sick — or maybe they were just not in the mood for me. Hey, it has happened before. But by the end of the performance, people made their way to my table to thank me for playing, shared some of their own stories and went back to their life of fighting and hoping. It was times like these that let me know I was connecting with people, and that was a good feeling.

The "Hear the Heart" Tour was something that came unexpectedly. I simply wrote the song, "Hear the Heart," got the idea for the tour (a small one), pitched it to a friend and backer and we just went from there. Once the first press release went out, I was able to book a few radio interviews and gigs. But after a keynote speaking spot, that at first gave my spine goose bumps, the gigs just started coming in.

During the tour, I'll be honest, I didn't make any "real" money. However, being able to play for a whole camp full of childhood survivors, meeting a woman in her 80s who literally beat one of the deadliest forms of cancer and later seeing a stadium full of people hold a candle while I performed my song for survivors was enough of a payment for me. I would eventually go on to write the song, "Where Hope Lives," for one of the biggest cancer organizations in America as well. And all of these experiences weren't something I achieved alone, they were things I did with the help of God and great people. 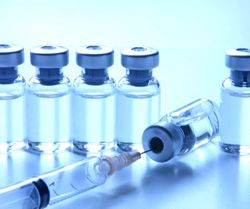