The Cost of Ovarian Cancer Prevention 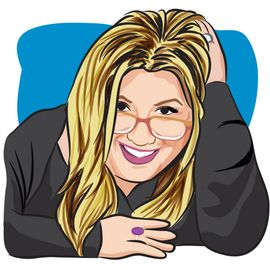 Seven years ago, I was diagnosed with Lynch syndrome, a hereditary cancer condition which significantly increases my chances of developing early-onset cancer.

Seven years ago, I was diagnosed with Lynch syndrome, a hereditary cancer condition which significantly increases my chances of developing early-onset cancer. I discussed the implications of my particular mutation with a certified genetic counselor and a bevy of doctors.

My medical professionals were laser-focused on cancer prevention and highly recommend prophylactic surgeries. One of the cancers I was at risk for was ovarian cancer and sadly, it is still difficult to detect and diagnose the disease. Due to my experience with family members dying from Lynch syndrome-related cancers, I underwent the radical prophylactic measures.

Women who have their ovaries removed, especially prior to natural menopause, may be highly susceptible to a number of other health issues. The younger you are when you have your ovaries removed, prior to achieving natural menopause, the more difficult your transition to life sans ovaries may be. What many people fail to recognize is that ovaries for a woman's body are responsible for many functions other than reproduction. They help guide our other body parts and systems into working in concert with one another. Once they are removed, chaos may ensue within the body and adjusting to a new normal can be difficult and may take time.

Women who have their ovaries removed are oophorectomized. I believe the term "surgical menopause" is misleading as menopause is typically the natural, gradual process when a woman stops ovulating for over twelve months; it is an end to her reproductive cycle and naturally occurs at about age 51 in the United States, according to the North American Menopause Society. There is nothing natural or gradual to having your ovaries removed via surgery — its immediate effects are abrupt and unlovely.

As an advocate for those with Lynch syndrome, I know many women who have significantly tried to reduce their chances of developing cancer by having their ovaries removed but have opened themselves up to a swath of other serious health issues for which they are unprepared.

Hormone-replacement therapy (HRT) may help some, but it is difficult not to wonder if the benefits of a risk-reducing oophorectomy are often dwarfed by serious, long-term health issues. Some Mayo Clinic researchers have gone as far to deem the removal of ovaries, for those not at an increased risk for developing ovarian cancer, as unethical.

Fortunately, I was placed on HRT. Estrogen is essential for a woman's overall well-being and can help with hot flash lethargy, depression, vaginal dryness and a number of other charming side effects and negative long-term health issues which may result after being oophorectomized.

Cancer prevention comes at a huge expense — emotionally, physically and financially. Such a diagnosis can be profoundly devastating, and difficult to reconcile.

I took action because I was led to believe that knowledge is power and because I have watched a loved one die from a Lynch syndrome-related cancer. I went through all of this to prevent cancer. I removed perfectly healthy, functioning body parts to protect myself while possibly opening myself up to a host of other serious, long-term health issues. Is it worth it? I would like to believe it is, and would hate to think this was all for naught. Some with cancer believe that I should be grateful because I know about my cancer risks and am able to take preemptive strikes. Forgive me, but I cannot help but wonder if one's quality of life is better than quantity. Women at an increased risk for developing ovarian cancer are truly stuck between a rock and hard place. I believe medical professionals mean well, but often fail to mention the potential long-term domino effects of prophylactic surgeries. Removing reproductive organs to reduce cancer risks comes at a huge, long-term cost — a significant cost for which I was fully unprepared.

Count Me Among The Breast Cancer Recurrence Project

Count Me Among The Breast Cancer Recurrence Project