The Forefront of Care: How Patients with Metastatic Breast Cancer Can Advocate for Themselves 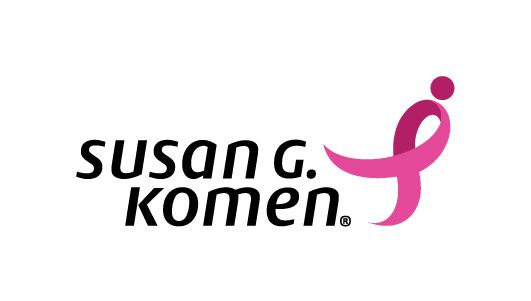 Patients with metastatic breast cancer must be at the forefront of their treatment options, advocating for themselves and ensuring that they are making informed decisions.

A two-time cancer survivor, Peterson was diagnosed with Wilms’ tumor as a child before receiving her stage 4 metastatic triple negative breast cancer diagnosis as an adult. Moreover, both breast and ovarian cancer run in Peterson’s family.

Given this wasn’t her first experience with cancer, Peterson wanted to be an informed patient who had a role in deciding her treatment options. Unfortunately, with her first oncologist, that didn’t happen.

“It was a teachable moment for myself, and everybody around me because I actually had to become an owner of how I wanted to move forward with my treatment plan. And it was a difficult decision,” she said, adding that the experience made her feel alone.

So, she did everything she could to get on a clinical trial — in particular, a phase 1 trial where she knew she would be receiving the experimental treatment. “I didn’t have time for a phase 3 trial,” Peterson said.

Genomic testing revealed that Peterson had a lot of fighter cells, enabling Peterson to make an informed treatment decision. She pushed and pushed, cutting out the “middle man,” and going straight to the principal investigator. In the trial — which was only enrolling 20 patients – Peterson was the first patient in the door. After eight weeks, she experienced a 72% reduction in her lesions.

“All that hard work paid off. So, I just want to let you know that I understand what it's like. I feel good to be around my peers, because I know that you understand what I went through and you don't see it as something foreign,” Peterson said, adding that she sees what fellow patients go through in their cancer journey every day.

In 2011, Seban’s diagnosis came as a shock — even more so when her original stage 2 estrogen receptor–positive, HER2-positive breast cancer diagnosis was found to actually be stage 4 after scans showed a spot on her iliac bone. So, she packed up her life in California and moved to the East coast to be treated by an oncologist at one of New York City’s major cancer centers. There, she received more bad news.

“Long story short, she told me that one in five women with my diagnosis would live to see five years and I had a 15% chance to survive,” Seban said.

For three years, she received different treatment regimens aimed at targeting her HER2 mutation. However, a new tumor was growing and became inflammatory. Seban’s oncologist said the drugs were not working and, in turn, that there was nothing more she could do.

“I was determined to live. I was not ready to die,” Seban said. “I felt like I had so much more fight and life left in me. So, I wasn't going to just go home and die and get my affairs in order like she told me to.”

Seban then came across the book “Radical Remission: Surviving Cancer Against All Odds,” which presents the findings of Kelly A. Turner. After reading it, she learned more about Chinese medicine and sought out Dr. George Y. C. Wong. She didn’t know it at the time, but this encounter changed the course of her treatment and her life.

Wong recommended Seban see Dr. Patrick I. Borgen, chair of the Department of Surgery at Maimonides Medical Center in Brooklyn, New York. “I remember one of the first things he said to me, which I clung on to, and it still makes me emotional, because he was the first person ever, in the entire medical world, that gave me any hope. He said, ‘Stephanie, I believe 10,000% we can beat this, we just need to find you the right quarterback.’”

During her first appointment with him, Borgen asked if Seban’s oncologist had biopsied her new mass because that cancer could have changed. When asking her oncologist, she told Seban a biopsy wasn’t necessary.

This response was not good enough for Borgen, who biopsied Seban’s new mass. With this and a new pathology report of her original tumor, Seban learned news that would change the rest of her life: Her original labs were read wrong, and her cancer was in fact HER2 negative. “I was on all of the wrong treatment with stage 4 metastatic breast cancer for four-and-a-half years.”

Her new oncologists in Los Angeles put Seban on the right treatment — which made her sick before she started seeing improvements given the fact that she was on the wrong treatment for so long.

“Fast forward to today, I'm still very much on treatment. But my message and all of my crazy story with a lot of twists and turns is that you have to be your own advocate, especially with the metastatic breast cancer diagnosis,” Seban said, adding that fellow patients must be on the forefront of their treatment decisions.

“No matter where you are on your journey, no matter what stage, no matter what anybody's telling you, there is always hope. And there, there are a lot of us who are thriving beyond breast cancer. And I’m one of them.”