The Importance of Asking Permission When Recording Doctor’s Appointments

Even though recording conversations during a doctor’s appointment may make it easier for patients with cancer to retain information, some oncologists are uncomfortable with being recorded.

Recording a doctor’s appointment or discussion might be helpful for a patient with cancer, although some physicians don’t consent to being recorded because it may sway the conversation from being less detailed due to fear of how the recording might be used, according to study results.

Dr. Rachel B. Jimenez, lead author on this study and radiation oncologist at Massachusetts General Hospital in Boston, explained that patients might choose to record their visits because it can be overwhelming and difficult to retain the provided information. In an interview with CURE®, she said it has become even more common during the COVID-19 pandemic because some patients cannot bring a friend or family member, who would normally be taking notes.

CURE® also spoke with Joanna Fawzy Morales, a cancer rights attorney and CEO of Triage Cancer, who said that recording a visit can be helpful to eliminate any confusion a patient might have. However, she stresses the legal importance of a patient with cancer asking a health care team for permission prior to recording a visit, since many might not feel comfortable with what may happen to it afterward.

The study results, which were published in the journal Cancer, included 360 oncologists, of whom 93% had experienced patients seeking to record a visit. In addition, 75% of oncologists were either “very” or “somewhat” comfortable with recording appointments, whereas 25% were uncomfortable with the idea.

Nearly half of patients who were uncomfortable with recording appointments — 47% in particular —reported concerns that it might cause a conversation to feel less natural. In addition, 44% of patients reported they found the recording distracting.

“Because the recording is performed by the patient, it becomes quite difficult to know whether the patient has recorded the entire visit or just a portion of the visit. And if important information could have been relayed outside of the recording that would then be missed, that (it is) re-listened to or shared with someone else,” Jimenez added.

In the study, some oncologists reported concerns that recording discussions might lead to a less thorough discussion due to legal liability. Specifically, 28% reported that recording the visit may lead to a less detailed conversation and 33% thought it could lead to an avoidance of difficult topics. Jimenez explained that oncologists may be nervous if a recording can be used against them legally, and it could make them “uneasy” about providing something as sensitive and difficult as a prognosis.

“No one wants to mislead a patient or a family member about prognosis, nor do they want to be in a position where they give their best estimate, they’re incorrect and … the patient or the family member might hold that against them,” she said. “I wonder if disclosing these very sensitive pieces of information in a recording make oncologists nervous because of how that information could be used.”

Additionally, physicians who were uncomfortable with recording were more likely to believe patients recorded to increase physician accountability (36.9%), share with lawyers (15.5%) or post on social media (10.7%).

The Dangers of Social Media

Physicians reported concerns about the recording being used on social media, and fear it might lead to a miscommunication or a patient fixating on a specific issue.

Jimenez highlighted that this is an important topic because social media is “very unregulated” when it comes to medicine. This may make the posted recording misleading for other patients for whom the oncologist was not recommending treatment to originally.

“If (a patient’s) sharing information on social media as the truth or the best option, it might be best for the particular patient that, that oncologist is counseling, but it might not be the best for every patient with a given diagnosis,” she noted.

Jimenez and Morales both agreed that it is also a violation of privacy and trust when a recorded visit is posted on social media.

“If you’re recording conversations with your health care team and then sharing that on social media, I think there is some danger in doing that around your privacy of your medical information,” Morales added. “But also, you’re violating the trust of the health care team that allowed you to record that conversation, and it just might sow confusion.”

“My personal belief is that patients and family members should request to record a visit because I think it just enhances transparency between the patient and the provider,” Jimenez said.

Majority of physicians (85%) agreed that patients have the right to record, although 90% feel patients should not start recording without a physician’s consent. Additionally, 70% of physicians feel it is acceptable to refuse a recording.

When asked to record, 85% of physicians reported they always let patients to do, 11% said they usually allow it and 5% “rarely” or “never” allow patients to record.

“We think that’s important because it means that a patient’s ability to access that information is strongly reliant on the individual person that they’re meeting, rather than an institutional policy or some other guideline that could be more consistent across physicians,” Jimenez added.

Morales explained that it is important for a patient to ask permission to record a visit because first it is polite. And second, there could be a legality issue that comes up if a patient records without asking permission.

“We want patients and health care teams to be talking about the option of recording conversations so that patients can get what they need, and also address any concerns that the health care team might have on how that recording is going to be used,” she added.

Although most physicians thought recording an appointment was positive, only 11% believed it was an important aspect of the visit. Most preferred for patients or caregivers to take notes (79%), provide a written summary by the physician (64%) or grant patients access to physicians’ notes (54%). Jimenez highlighted that all of these are great ways to recall or go back to a conversation with your physician if they do not feel comfortable with a recording.

Jimenez also mentioned the Cures Act, which gives patients access to all of their written medical records — which might be helpful in an instance in which an oncologist does not want to be recorded.

“There is this drive towards providing access to a patient’s medical records. And so it does beg the question, ‘Why should the content of their consultation be any different than what’s recorded in the documentation,’ but the Cures Act doesn’t address recording of visits,” Jimenez said. 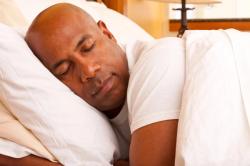