The Special Relationship With My Oncologist 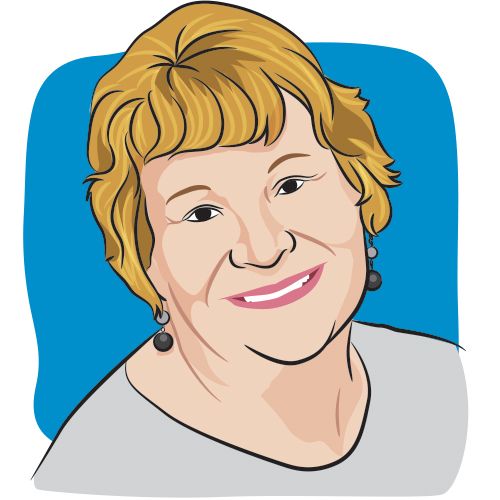 Jane is a ten-year survivor of a very rare form of cancer Myelodysplastic Syndrome. She has enjoyed several exciting careers including a librarian, counselor, teacher, and writer. She loves to write about surviving cancer, overcoming hearing loss, and her hearing ear service dog, Sita.

It may take some time, but finding the right oncologist can be like striking gold.

I have been sick most of my life, and as a result, had a rocky relationship with doctors. During the 60s, 70s and 80s, medicine was very different than it is today. Most of the doctors were male and I was told repeatedly in spite of serious illnesses that it was “nerves,” and I was not listened to. I felt like it was because I was female. It seemed that any treatments, no matter how painful, did not need to be justified or explained. I will never forget my terror when I was told by a urologist that I was going to the hospital for tests. I was only 19 years old, so when the nurse came in and said I was scheduled for surgery the following day, I panicked. Fortunately, my roommate was a nurse and explained that some of the painful tests would be administered under anesthesia.

If I asked questions, I felt like a pest and stupid for asking. By the time I was in my 40s not only did I have a complete mistrust of doctors, but would also throw up and become ill if I had to go. I was very lucky to find two family doctors who were kind and respected me. I am still a patient of one after 25 years! But the distrust remained every time I went to a new one.

The first oncologist I went to confirmed my worst fears. She would not explain anything, and asked me if I was afraid of medical procedures — right when I was going to get a bone marrow biopsy! She then referred me without a general anesthesia. Luckily, a wonderful nurse advised me to have it because the procedure was much easier with it. When the doctor appeared she mockingly said, “Oh you decided to have an anesthetic,” in a way that made me feel like a weak patient.

The next thing she did was walk in after the tests and tell me that the average life span for someone with myelodysplastic syndrome was nine years. Shaking and crying, I left with my friend and told her, “I am getting another doctor. If this is cancer, I will be with this professional until I die. I want someone who will sympathize and understand.” My friend sadly told me I wouldn’t find that, due to her own experiences.

I knew some people in the medical field and decided to choose another oncologist. The day I met Dr. Shruti Trehan was one of the most important days of my life. She was enthusiastic, caring and explained everything. It was obvious that I was a partner in my care and she was not going to decide for me what to do. My friend was with me and I did say, “I told you so.” She admitted she was wrong and now refers everyone she knows to Dr. Trehan.

My outlook on the doctor stereotype totally changed. Not only did Dr. Trehan take care of my physical needs while pouring over my records to help me, but she also realized the importance of mind and body. As she watched me getting weaker and give up two jobs I loved, she latched on to my writing. She suggested I write for CURE. Then she suggested I write a book. I ended up writing two of them!

Whenever I get discouraged at the news that the cancer is worsening, she tells me to keep writing. She even came to my book signing with her husband. She encourages me every step of the way.

I have to believe that the relationship between the oncologist and patient is like no other. These people have to relay bad news to not only the patient, but also family members. They have to order chemo that they know will be hell for the patient. They have to watch many of their patients that they have known for years pass away. And they need to be strong for the next patient who needs them.

I asked Dr. Trehan one day how she did it and her answer was priceless. She said, “I have a spiritual higher power who gives me the strength to move on.” I cannot imagine being an oncologist without that spirituality.

What other doctor has this type of relationship where the news is often bad, the patient gets continually worse and they often have to arrange palliative care and hospice to the very end? And do this every single day. Not to mention, they have extensive knowledge that they need to possess to treat so many different kinds of cancer.

I consider my doctor not only my physician, but a terrific role model and a friend. Her staff is incredible, too. I love the nurses and the people who work at the center, and feel like they are part of my family. The Aultman Cancer Center, where I receive my treatments, recently received the national Outstanding Achievement Award from American College of Surgeon’s Commission on Cancer accreditation program. This is a well-deserved award. But the reward for me is my opinion of doctors has changed entirely. I have found a physician and staff who cares for me physically, mentally and emotionally. Body mind and soul. What more can I want?