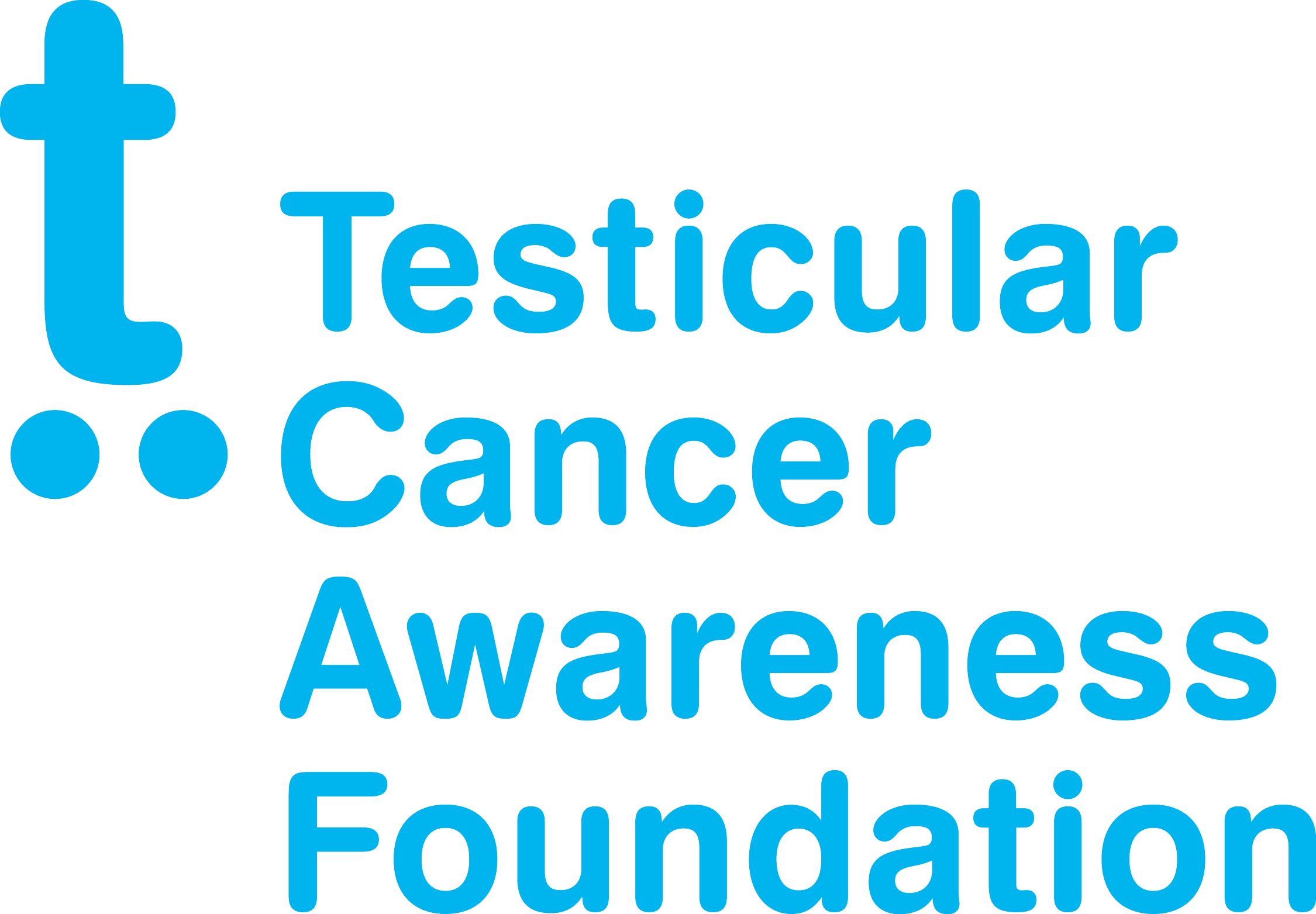 There’s been some debate in recent years about the true value and effectiveness of certain types of cancer screenings. This is, of course, a perfectly reasonable thing to be doing both in the name of advancing medical science, and especially in an environment where there's so much downward pressure on the costs of healthcare.

There’s been some debate in recent years about the true value and effectiveness of certain types of cancer screenings. This is, of course, a perfectly reasonable thing to be doing both in the name of advancing medical science, and especially in an environment where there's so much downward pressure on the costs of healthcare.

So don't worry about testicular exams, some say. If you’re diagnosed with testicular cancer, just go get chemotherapy or radiation treatment or surgery or whatever it is that you need, and get cured.

All of this is perfectly fine and rational from a business and financial analyst perspective, but is completely cold and missing the human cancer survivor perspective on this. We're so much more than just a binary "1" or "0" on someone's spreadsheet on whether we're alive or dead. We're very much analog creatures, and cancer survivorship itself is a million shades of gray. And I have to say, I personally was just a little bit taken aback and offended by the nonchalant manner in which I saw Dr. John Santa, Director of Consumer Reports Health Ratings Center, describing how curable testicular cancer was at any stage, to not worry about self-exams or screening, and to just go get chemo if you're diagnosed with testicular cancer on the Dr. Oz show last year. It made for good TV, and I could sense some pride in Dr. Santa's voice and body language when talking about how curable testicular cancer is these days, as TC is indeed one of the great victories in modern medicine. But it's still a real disease and a real cancer that kills real people.

Somebody is diagnosed with testicular cancer every hour in the U.S., and someone dies of it everyday. A cancer warrior brother of mine who had been diagnosed with testicular cancer around the same time as me just happened to be in hospice care and living his last days as this particular Dr. Oz show had aired. To his credit, Dr. Oz defended the practice of testicular self-exams and said he still thought they were a good idea to do, but it was as if I had been punched in the stomach to hear how curable testicular cancer was "at any stage" as my friend was dying of it. And don't believe for a minute that chemotherapy is some sort of miracle pill, and that life will go on just as it had before when it's all done, as that's hardly the case for so many.

Testicular cancer is a pretty fast and aggressive type of cancer that can quickly overrun your entire body, but can also be cured completely if it's hit hard and fast. Chemotherapy protocols for testicular cancer are no joke. I'm now casually recalling the movie 'Star Trek IV - The Voyage Home' when Doctor McCoy gives the ailing patient in that San Francisco hospital a pill that miraculously fixed their failing kidneys. I wish it was, but it ain't like that!! The drugs ofCisplatin,Etoposide, and especially Bleomycin that many of us are familiar with are all very serious drugs. There are numerous warning labels right on the bags, and oncology nursing staff handle them with masks on under vented hoods for good reason! They certainly do an awesome job of killing cancer, but they're really not kidding when you read the datasheets for these drugs and look at the potential side-effects that can become long-term or permanent issues. Anybody facing chemotherapy after a testicular cancer diagnosis would be well advised to look at the potential side-effects and risk factors of these drugs, and evaluate them against your personal and family medical history with your oncologist.

I did EPx4, and I can personally check the boxes for kidney damage, nerve damage and peripheral neuropathy, and muscle fatigue among other things, along with fertility loss from my RPLND surgery. There's increased risk of developing leukemia with the EPx4 protocol, as well. Potential risks with Bleomycin for the more mainstream BEPx3 protocol are blood vessel damage and Raynaud's, increased risk of heart disease, and potentially nasty effects to your lungs. It's rare, but there are cases of people having beaten testicular cancer, only to end up dying from complications due to Bleomycin. It's not uncommon to hear about cases for people with advanced stage disease who started with BEPx4, but ended up doing BEPx3 + EPx1 either due to complications from Bleomycin (drop in lung function, other severe side effects), or due to getting a good response and just to spare them from the additional Bleo exposure. These drugs are no joke!

In my case, I might have been able to avoid much of what I went through if only I were more aware of Testicular Cancer. I started having strange pains in my right testicle two months prior to my diagnosis, but passed it off until the pain finally got so bad that I couldn't even sleep at night. I had not even considered the possibility that this could have been cancer when symptoms were first noticed, because I simply wasn't aware of the disease. Had I checked myself into my primary care provider earlier, I might have been able to catch my cancer at Stage I rather than Stage II, and avoided much of the physical trauma to my body in the process of fighting cancer. And for others, it could mean the difference between life and death! I personally have fought off depression and have had PTSD flashback episodes from my chemotherapy experience that have played back in my head like the trailer for some horror flick, and the same for my RPLND experience. It's not just physical trauma that our bodies experience while going through our treatments, but emotional trauma as well. I certainly could do without such terrible memories of this hell that I've been through.

About the only thing that was more fun than any of this stuff was the Magnesium Citrate that I had to take before the RPLND surgery for "bowel cleansing". It didn't just cleanse my bowels before surgery, but during and for long after as well! It was the gift that kept on giving, but at least the effects were temporary. The havoc wreaked and damage done by the chemotherapy drugs can stick with you forever!

It's by far the most important thing to simply survive cancer and to be a "1" on that spreadsheet as opposed to a "0", and it's certainly important to find the most cost-effective ways of treating and fighting cancer as well in order to extend our limited resources to as many people as possible. But early detection is also important for minimizing impact to quality of life after your fight with cancer and during cancer survivorship. Harsh treatments that weren't needed because a cancer was caught early can't traumatize your body. They can't traumatize your mind. They can't leave you with permanent and lasting side-effects. And they can't rob you of your fertility. If you manage to catch testicular cancer at Stage I and are able to just do surveillance, it doesn't mean that you won't still struggle because I know people who have. We all do in some way. But the less you have to go through to get that cure, the better off you're going to be down the road both physically and mentally.

Cancer isn't just about curing the disease, but curing the person and the soul within as well. My cancer fight was a brutal 5 month affair that spanned from February through June 2011, but it wasn't until December of 2013, nearly two and a half years after my treatments ended, until my soul was finally cured of cancer too. As TCAF Founder Kim Jones put it, what comes after your cancer fight really is a "fight for survivorship".

I've made peace with all that my body has been through, and have accepted and know how to manage the various bodily dysfunction and limitations that I have after my caner fight, including having accepted the loss of my fertility. And I've made all of the significant mental adjustments that I've needed to make as far as my approach to life and my attitude as well, but none of this could ever be considered easy.

I want the next me and the next you to have a much easier time with this, and spreading awareness about testicular cancer and how to do proper self-exams is exactly the way to go about achieving that. We can't prevent testicular cancer, and what exactly causes it is not even understood yet. So no matter which way you look at things, the earliest possible detection of testicular cancer when it does develop remains the key. It gives you the best possible shot at beating the disease, it minimizes the cost of treatment, and helps to minimize impact to quality of life during survivorship. A testicular self-exam takes less than a minute and is something that should be done at every annual physical, and can and should be done via self-exam once per month. The cost is practically zero. This knowledge and practice is the first line of defense against the most common form of cancer among men aged 15-35, and is hardly something that should be avoided. There's nothing to lose by spreading Awareness about Testicular Cancer and encouraging the practice of Self-Exams. It's a Win-Win-Win.

ESPN Analyst Dick Vitale Announces He is Cancer-Free, WHO Deems Firefighting a Cancer-Causing Profession and More