Tibsovo — which is the first targeted therapy approved for this patient population — improved survival in patients with a subtype of liver cancer.

The Food and Drug Administration (FDA) approved Tibsovo (ivosidenib tablets) for the treatment of patients with IDH1-mutant cholangiocarcinoma — a subtype of liver cancer — that was previously treated, locally advanced or metastatic. The approval marks the only targeted therapy approved in the space.

"Servier has been focused on exploring the significant potential of inhibiting mutant IDH enzymes as a novel approach to treating cancers with high unmet needs, including cholangiocarcinoma," said David K. Lee, CEO, Servier Pharmaceuticals in a statement. "We are proud to bring to patients the first and only targeted therapy for previously treated IDH1-mutated cholangiocarcinoma. We are grateful to the patients, caregivers, investigators and study teams who made this achievement possible through their participation in the ClarIDHy clinical trial."

The approval — which is coming after a priority review, meaning that the drug was promising and thus the FDA sped up its review — is based on findings from the randomized phase 3 ClarIDHy trial, which showed a statistically significant improvement in progression-free survival (time during and after treatment when the patient lives without disease progression) with Tibsovo (2.7 months) compared to placebo (1.4 months).

The study protocol stated that patients assigned to placebo could switch over to receiving treatment with Tibsovo if their disease progressed, and 70.5% of patients decided to do so.

Average overall survival was 10.3 months in the Tibsovo group, compared with 7.5 months in the placebo group, though this difference was not statistically significant.

The most common side effects from Tibsovo that occurred in 15% or more of patients were: fatigue, nausea, abdominal pain, diarrhea, cough, decreased appetite, ascites (abdominal swelling caused by an accumulation of fluid), vomiting, anemia and rash.

"Patients living with IDH1-mutated cholangiocarcinoma, especially those whose disease progresses following chemotherapy, are in urgent need of new treatment options," said Dr. Rachna T. Shroff, an associate professor of medicine at the University of Arizona, and chief of GI Medical Oncology at the University of Arizona Cancer Center, in the release. "In addition to an acceptable safety profile, Tibsovo demonstrated an impressive, significant benefit in progression-free survival, underscoring its importance as a new option for patients battling this aggressive cancer." 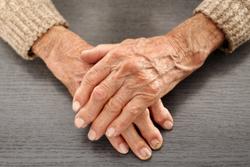 Age, Other Health Factors Can Play a Role in Cancer Treatment Decisions

Younger Children May Have Increased Risk for Hearing Loss From Chemotherapy