Treatment for a Rare Form of Eye Cancer Has Shifted From Removing the Eye to Preserving Vision and Extending Lives, Says Expert

An expert provides insight on how primary uveal melanoma is often treated and sheds some light on an unmet need in treating the eye cancer.

As recently as 20 years ago, patients with uveal melanoma underwent surgery to remove their eye to rid themselves of any cancerous tumors.

Flash forward to present day and not only have treatment advances helped patients keep their eye, but also maintain their eyesight for many years after treatment has ended.

“We’re in a space where we’re moving along in a sequence that you might expect,” Dr. Nathan L. Scott, division chief of ocular oncology at Shiley Eye Institute and Viterbi Family Department of Ophthalmology at UC San Diego Health in La Jolla, California, said in an interview with CURE®. “Over the past 5 to 10 years, we’re also saving vision, which is amazing. Now, with all of the genomic analyses and the risk profiling, we’re pushing into a space where we’re going to start saving lives as well with metastatic disease. We’re in a world that’s moving in the right direction.”

What is Uveal Melanoma?

Uveal melanoma is a rare form of eye cancer. Uveal melanoma is found in the uvea or uveal tract which is one of the three layers of the wall of the eye that is made up of the iris (the colored area at the front of the eye), the ciliary body (which is a ring of muscle tissue behind the iris that changes the size of the pupil) and the choroid (which is a layer of blood vessels that bring oxygen and nutrients to the eye).

How is Uveal Melanoma Treated?

Scott explained that the location of the uveal melanoma determines what treatment is often used. For instance, according to Scott, the most common site uveal melanoma is found is in the choroid — or in the back of the eye. Additionally, he said that treatments vary by institution.

Although some specialists use different types of lasers to treat small or suspicious lesions, the more standard-of-care treatment is brachytherapy. In fact, Scott noted that more than 90% of treatment centers typically use this method to attack uveal melanoma.

With brachytherapy, radioactive seeds are inserted into a gold plate and then placed in close proximity to the eye via a surgical procedure. The purpose of the plate, Scott noted, is to protect surrounding tissue from radiation exposure. Then, after 4 to 7 days, Scott explained that it is removed.

A third treatment option that some institutions use to target uveal melanoma is proton beam therapy. In this instance, a patient receives radiation via delivery through a beam of protons that destroy tumor cells. According to information from Johns Hopkins Medicine in Baltimore, proton beam therapy allows treating physicians the ability to better target the radiation to the tumor while sparing surrounding healthy tissue.

In some advanced situations, however, there may be limited treatment options and surgery to remove the eye is the only viable option, according to Scott.

“Tumor control within the eye right now with radiation is fantastic,” he said in the interview. “We now have to (focus on) things like what is the vision going to be afterwards?”

Side Effects Associated With Standard-of-Care Treatment

He explained that specialists have now been able to effectively take care of the tumor, but that there has been a push to save vision after treatment has ended.

Ten years ago, there was very little to do to treat radiation retinopathy, Scott explained.

“People would essentially just slowly go blind a number of years after getting their radiation,” he said.

But now, there are a number of different types of injections including anti-VEGF therapies that can be placed into the eye to help mitigate vision loss from radiation-related side effects. In fact, Scott mentioned that it has been shown to likely be more beneficial to preemptively treat patients before they have any visual side effects.

According to Scott, primary uveal melanoma often metastasizes (spreads) to the liver approximately 90% of the time. Then, the disease may spread to other areas such as the lung or the bones. He explained that the disease does not travel to the brain and that it rarely spreads to the other eye.

Although it may happen very infrequently, patients often do not present with primary uveal melanoma that has spread. However, there is always a chance that the disease may eventually return or travel to a distant organ.

To monitor for risk of disease spread, treating physicians are using genetic profiling to develop an assessment of what the risk for the tumor going somewhere else is.

“And based on what that risk is, we will oftentimes scan (the) liver and (the) lungs over a certain interval based on what (the patient’s) risk profile is for (the primary tumor) to become metastatic,” Scott said.

Depending on their risk for disease spread as well as the size of their tumor, patients may be eligible for clinical trials testing novel therapies for metastatic disease, according to Scott.

Unlike with primary uveal melanoma, Scott explained that there has been very little progress over the past 50 years for disease that has spread to neighboring organs outside of the eye.

However, there was one development in 2022 that, according to Scott shows promise in the metastatic space. The Food and Drug Administration in January approved Kimmtrak (tebentafusp-tebn) for the treatment of a certain group of patients with unresectable or metastatic uveal melanoma. Although promising, Scott noted that there is still a long way to go.

“There are a number of clinical trials that are evaluating immunotherapy for metastatic disease and high-risk disease, but we're still sort of waiting on the results of those things,” he concluded. 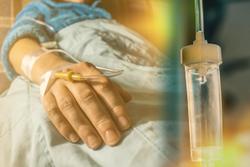 Uveal and Skin Melanoma Share a Common Name, But That’s The Only Similarity, Says Expert