Treatment of AML in Older Patients Almost At ‘The Holy Grail’

“We are fortunate now to live in an era where we have nine new drugs approved (for AML) just in the last five years,” says an expert from The University of Texas MD Anderson Cancer Center.

Recent drug approvals in the acute myeloid leukemia (AML) space have allowed older patients with the disease to continue receiving less intensive therapies than their younger counterparts, while also providing them with improved outcomes.

“We’re almost at the holy grail where (we) have lower intensity therapy that’s well tolerated, but that the response rates are higher,” said Dr. Tapan Kadia, an associate professor in the department of leukemia at The University of Texas MD Anderson Cancer Center in Houston, in an interview with CURE®. “They’re not reaching (the 85% seen) with intensive chemotherapy, but (they’re) much better.”

He explained how the incidence of AML increases as a person gets older and that 60% of people who receive a diagnosis are aged older than 60 years.

Because more than half of the patient population with AML is aged older than 60 years, Kadia stressed that treatment approaches should be individualized for each patient. And, he said, factors such as their comorbidities, age, ability to tolerate chemotherapy and whether they could be candidate for a stem cell or bone marrow transplant in the future should play a role in selecting which treatment option they receive.

“The major point to get across (is) to characterize a leukemia and to provide a therapy that’s best for that patient long term,” he said.

Although younger patients with the disease tend to receive more intensive chemotherapy regimens, it is tougher to administer those same regimens to older patients because it can wipe out their blood cell counts and it is difficult to deliver in a safe way, Kadia explained. In addition, older patients are more likely to have comorbidities such as heart disease, diabetes or COPD, which must also be managed in an intensive chemotherapy setting.

In years past, the lower intensity therapies were more tolerable, but they were not associated with great response rates. However, with the recent Food and Drug Administration approval of Venclexta (venetoclax), overall response rates increased to 65% and complete remission rates now are in the range of 35% to 40% when combined with drugs such as decitabine or azacitidine), Kadia explained. He said that these regimens are associated with “very, very good outcomes” with a median survival of 14.5 months, and the older patients tolerate it better.

Typically, patients who have AML and are in remission undergo a stem cell transplant or bone barrow transplant. However, for an older patient, a transplant is too risky. Regardless, Kadia noted that their remission should be maintained. Maintenance therapy is then used in this population to keep their disease in remission. Maintenance therapy usually consists of low-intensity, long-term treatment that can maintain the disease’s response and help prevent the leukemia from returning.

“What most people need to realize is that most subsets of AML are incurable, he said. “That means (the disease) will typically try to come back if not treated aggressively and long term. And so this maintenance therapy allows people to maintain remission once they have achieved it.”

“We have really had a revolution in the treatment of AML, where previously we only had two or three drugs to treat AML and many people got intensive chemotherapy,” Kadia concluded. “We are fortunate now to live in an era where we have nine new drugs approved just in the last five years.” 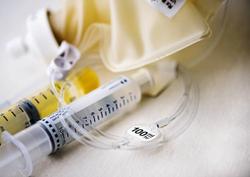