New treatments are needed for penile cancer, but it’s difficult to test drugs in clinical trials because the disease is so uncommon.

Patients with metastatic penile cancer face a poor prognosis and would benefit greatly from therapies more effective than chemotherapy. Yet, scientists face challenges in making that happen, and as a result, not much progress has been made in recent years.

“Research in penile cancer is severely, severely lacking,” says Dr. Guru P. Sonpavde, an oncologist with Dana-Farber Cancer Institute in Boston. “We don’t understand its tumor biology, and there are not a lot of people doing basic or translational research in penile cancer.” In fact, he says, there are only about a dozen clinical trials across the globe testing treatments for the rare cancer.

Fortunately, Sonpavde said, one of those trials is large and promising, and there is reason to believe that more trials will include patients with penile cancer in the future.

The first phase 3, randomized trial ever to test therapies for the condition, the global International Penile Advanced Cancer Trial (InPACT), includes patients with locally advanced disease divided into three groups. Men in all of the groups will undergo surgery to remove part or all of the penis and any affected lymph nodes; in addition, the patients in one group will receive chemotherapy before surgery while those in another group will receive presurgical chemoradiotherapy. The goal is to enroll 400 patients — about 12 times as many as are included in typical trials of drugs for this population, Sonpavde says.

The trial is recruiting patients, and those interested can learn more at clinicaltrials.gov. Patients also can ask about participation by contacting the study’s chair, Dr. Curtis A. Pettaway of The University of Texas MD Anderson Cancer Center in Houston, at 713-792-3250 or cpettawa@mdanderson.org.

“It’s tough, logistically, to open a trial globally for a rare cancer, because what it means is you really have to open it in a lot of sites, a lot of institutions, to capture all these patients,” Sonpavde says. “So, that obviously raises the issue of costs. Can you really open a trial in a thousand institutions that will only enroll a small number of patients?”

Sonpavde has faced this dilemma himself. He was an investigator on two trials for penile cancer treatments, both of which closed due to low enrollment.

One trial tested a drug that inhibited the HER2 protein, which can sometimes be overexpressed in penile cancer, fueling the disease. “We opened the trial in five institutions, but we had huge challenges in accruing patients,” Sonpavde recalls. “We got the word out, but these patients are scattered all over, and sometimes it’s tough to get patients to travel to a handful of sites scattered over the country.

These patients have advanced metastatic disease, and may have really poor (health). And frequently, a lot of them have lower socioeconomic status, so it’s very hard for them to travel to a major academic center 300 miles away. We had a second trial that was looking at the exciting immunotherapy drug Keytruda (pembrolizumab), but even that had trouble accruing.”

Another barrier to trials, Sonpavde said, is that industry will remain uninspired to develop a drug specifically for penile cancer as long as information is lacking about the key genetic alterations that drive it. However, he said, pharmaceutical companies may develop drugs for other cancers and then, if testing proves effectiveness, expand the uses of the medications to include the treatment of penile cancer.

Besides a large international effort such as the InPACT trial, a way to include patients with penile cancer in research would be to enroll them in “basket trials,” in which patients are treated based on a genetic mutation in their tumor, rather on where the cancer developed in their body, Sonpavde said.

Drugs of interest could include HER2 inhibitors or Erbitux (cetuximab), which targets the protein EGFR, which also has shown some early activity in patients with penile cancer. In addition, immunotherapies such as Bavencio (avelumab) are being investigated.

Patients and their doctors should not overlook the fact that one immunotherapy already is approved for use in penile cancer, as long as a patient’s tumor has the appropriate characteristics, Sonpavde pointed out.

Keytruda is approved across all cancer types in cases where a patient’s tumor expresses a large number of genetic mutations (a condition known as tumor mutational burden-high) and has progressed after treatment with a previous therapy, Sonpavde said. He added that Keytruda is approved to treat any tumors that have mismatch repair deficiencies or are microsatellite instability-high, meaning that they have trouble repairing their own DNA. It also is possible that specific mutations could open the door to a clinical trial.

“I would encourage genomic profiling of patients’ tumors just to look for (those alterations),” Sonpavde said. 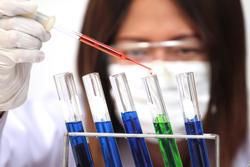