"What If?" A Question Those Supporting the Maryland End-of-Life Option Bill Need to Ask 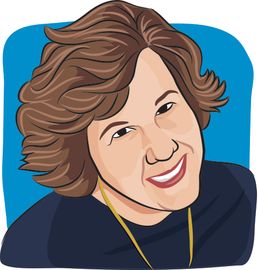 A caregiver's view on why this bill needs careful consideration.

Earlier in March, the Maryland House of Delegates approved the “End-of-Life Option Act,” which will now go to the state Senate. As a Maryland resident, this bill strikes a troubling chord for me for several reasons. The first one being that my husband died of cholangiocarcinoma in 2015, a rare form of bile duct cancer. A staunch supporter of Catholicism and a head injury survivor, he knew that we as individuals are not infallible. As a young boy he was in a car accident which resulted in him being thrown from the back of a pick-up truck into a ditch for several hours before rescuers found him in rural South Dakota. He was in a coma for many months. He often recounted to me that he could hear doctors and family members discuss his prognosis. They could have taken him off of life support, but they chose not to. He eventually woke up, and after a long, difficult rehabilitation, went on to graduate from college.

Years later, this same man would have a child with autism who was self-injurious and developed a seizure disorder. Then he would meet his final challenge: CANCER. Two weeks before he died, he asked me to call our hospice coordinator. At that point he could barely talk and was unable to eat or drink. Panicked, I called hospice, which decided to start the procedure of attaching him to a morphine drip. After a week or so of this, I asked him to let go because I could not bear to see him suffer anymore. One hour later, he died. To this day, it is hard to get the hum of the morphine machine out of my head. In my prior blogs I have disclosed that I suffer from post-traumatic stress disorder from this experience.

Did he live a good life? Did he die a good death? My answer is yes to both questions. We were lucky in that he had good pain control and a strong faith that pulled us through. I've talked to nurses who have told me that some of their patients are not as lucky. Some seize constantly and there is no medication to help them. Some have reached their pain threshold and there is nothing else left to do. Others do not want to be a burden to their family or lose their dignity because they now depend on someone for basic needs. Some family members have cried out in agony because no one will listen. There is no quality of life, and the list goes on.

I don't have to tell my readers that life isn't a pretty package tied up with a bow. I hear all of you that are for this bill. I've heard the testimony, listened to podcasts and read the articles. However, I lean on the side of "what if?"

I have a fear that if this bill passes, then it will be abused by well-meaning people. Eventually the legal guardians of those who can't decide for themselves will have the power to end their loved one's life. People with disabilities, the elderly and those with mental illness are the most vulnerable. There has to be other solutions: better end of life care, expanding the understanding and the role of hospice, more affordable treatments, research and development of better pain medicine, to name a few. But in the meantime, what do we do? It's a question that no one takes lightly. Perhaps it makes us want to settle for anything without considering the outcomes just to ease our pain. This is human nature. We are not perfect people.

I understand that no one wants to be a burden to anyone. In my opinion, it isn't a burden to take care of someone. It is love. It was excruciatingly difficult—financially, emotionally and physically—taking care of my husband and son. After Dan died, I ended up in the hospital. But their life story—all of it—deserves to be played out, not cut short.

I would not have met Dan if his parents had decided to take him off of life support. He would not have been the compassionate, brave father to a son who has brightened the lives of so many despite his disability. Have they suffered? Yes, more than you or I can comprehend. What I have learned is that there is grace in both living and dying that comes from a power greater than myself. I call that faith. It is the reason why I ask the question: "What if?"