What if Cancer is in the Cards? 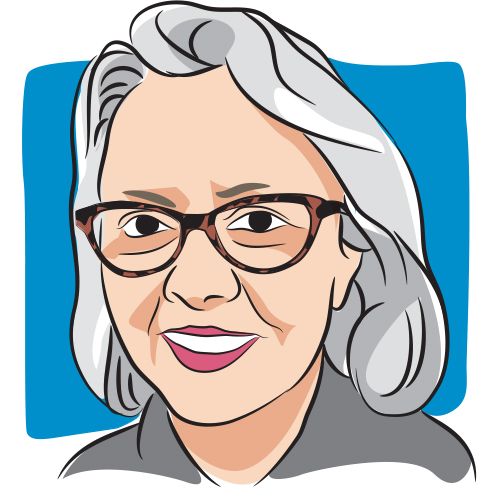 Felicia Mitchell is a poet and writer who makes her home in southwestern Virginia, where she teaches at Emory & Henry College. She was diagnosed with Stage 2b HER2-positive breast cancer in 2010. Website: www.feliciamitchell.net

Living life means living with the risk of cancer. It is interesting to contemplate how the cards are dealt even as we try to outwit fate.

Cancer can be capricious. Its mechanism involves nature and nurture, oncogenes and proto-oncogenes, fate and bad luck. Even without testing, we can learn some risk through family history. The thing about a risk, though, is that the genes may or may not follow through.

Although two maternal great aunts died of complications of breast cancer, family history seemed distant to me at first. When my mother was diagnosed with breast cancer, I started to pay attention. At her urging, I got a screening mammogram at 35 and then routine mammograms after that. I also experimented with diet. I remember giving up dairy fat at 35 because I read somewhere that it is not good for cancer cells. Although I gave it up, I took it back up again. Now I try moderation.

When my brother was diagnosed with Hodgkin's Lymphoma, though, I did not change my lifestyle. Shocked by this disease in a young man, I did not worry about my lymphocytes at all, even though having a first-degree relative with the disease is a risk factor (among others). Decades later, when 23andme shared a health profile, Hodgkin's Disease appeared in my list as a high-risk health challenge. Breast cancer risk, curiously, was set at average risk.

You never know what life will give you. When I saw Hodgkin's Disease in my DNA profile, I did not feel worried at all. I just felt greater empathy for my brother, who died of that disease at 21. After all, the two of us shared about 50% of our genes. In his case, something caused his cancer to activate. In my case, nothing did, or nothing has, even with a few co-factors, although I did end up with an aggressive breast cancer.

My brother did nothing wrong to get his cancer. I did nothing wrong to get breast cancer. All the two of us ever did was live our lives. Who knows how we would have turned out if at birth our parents had kept us in a glass bubble of a Garden of Eden, cut off from all toxins and carcinogens? I do know this: Cancer became just part of our journeys, individual and connected. It made us stronger.

Another thing 23andme told me is that the average weight for women with my genetic profile is about 40 pounds more than I weigh. That statistic has inspired me to contemplate the complex relationship between nature and nurture as much as all my experience with the cancer of family members does. I also know that eating a certain way affects the risk of diabetes, another family heirloom, as well as cancer.

When I chose a healthy lifestyle, I hoped this lifestyle would help me to avoid future cancer (or diabetes). Even if it does not, one thing I know is that I was thankful to be healthy (aside from cancer) when treatment began. It made surviving easier. Maybe it does not hurt to make choices to try to scare away the boogeyman of genes, even if the choices do not always help. I do admit that after my cancer diagnosis I exclaimed, among other things, "Now I can eat bacon!" That cynical thought passed. Life went on. Life goes on.

What Do You Wish You Could Change About Cancer Care?

What Do You Wish You Could Change About Cancer Care?