When the Bell Tolls for Another Loss to Cancer 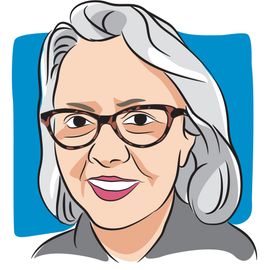 Felicia Mitchell, retired from college teaching, is a poet and writer who makes her home in southwestern Virginia. She is a survivor of stage 2b HER2-positive breast cancer diagnosed in 2010. Website: www.feliciamitchell.net

When we are surviving cancer, when we want to see everybody else survive it too, another death is hard to take. When somebody passes, we are reminded of our own mortality—and distant losses—even as we mourn. Poetry helps.

As poet Kathryn Stripling Byer (1944-2017) was leaving this earth, friends posted many of her poems on Facebook. What began as a tribute became, for some of us, a way of sitting vigil as her family said its intimate goodbyes. Reading the posts felt sweet, at first, and then they made me cry.

Thinking about how cancer is not always kind, and is far too often cruel, I began to imagine myself in hospice. Who would be sitting with me? Would I be alone? Would the end be quick? I pondered not just my hypothetical hospice scenario, though, but past losses as I answered the phone to speak with a close friend, another poet, who talked me through feelings she could read between my lines on Facebook.

On the phone with my friend, I cried as I relived my brother John Mitchell’s final hours. We were all there with him, but sometimes our mother paced the hall. He called for her, and I went looking. I hear the sound of his voice still. When he died, his hand held his mother’s. Even if I had not written that in a poem, I would remember.

People we love make both life and death bearable. I am glad my friend called. The general theme of our conversation the afternoon poet Byer was dying of complications from lymphoma was that time does not heal all wounds. We think we have sad memories tucked away, and they resurface. When we are surviving cancer, when we want to see everybody else survive it too, another death from cancer is hard to take.

Poet John Donne (1572-1631), who penned “No Man is an Island,” was one of my brother’s favorite poets when he was succumbing to Hodgkin lymphoma. That poem concludes, “Any man's death diminishes me.” Byer’s passing made me reflect on this, as well as the closing words: “And therefore never send to know for whom the bell tolls; it tolls for thee.” Donne died of cancer.

I may or may not die of cancer. As I await my time, trying to make the most of my gift of life, I need to be realistic. Cancer will surely take more friends, family members, and strangers. No matter how good I am at dealing with death, or cancer, I will never get used to that. Every loss to cancer will rattle me. I am not an island.

Another thing that makes life and death bearable, something as essential as love, is poetry. Many of Byer’s poems speak to mortality alongside the joys of life. “The Vishnu Bird,” title poem from a recent book published by Jacar Press, was often cited as Byer passed, along with “Wide Open, These Gates” from The Girl in the Midst of the Harvest, her first book from Texas Tech University Press (now from Press 53). Byer wrote “The Vishnu Bird,” which references cancer, in honor of a friend’s passing. “Wide Open, These Gates,” ends, “One of these days I’ll be gone.”

It is certain that many people will write poems in honor of Byer. These poems will soar. Reading them in coming days, just as listening to the voice of a dear friend, I will be reminded of a poet's heart and how a strong voice, no matter large or small, is never silenced. Poetry, to many, offers a conduit between life and death that makes our losses make more sense.

John Mitchell (1954-1976) said in a poem he wrote not long before he died, when he was trying to make sense of his own mortality, “I guess I will keep on hunting and pecking.” While he was not a famous poet, he was wise. His words, along with John Donne’s and Kay Byer’s, are like breadcrumbs that help me find my way back home when fears about cancer take me far into a place in my psyche that frightens me.

FDA Approves Opdivo for the Frontline Treatment of Gastric Cancer

Learning to be a Kinder Person After Cancer