The World Health Organization updated their Model Lists of Essential Medicines to include more cancer treatments, though some popular cancer drugs were excluded from the list.

Affordable access to cancer drugs is essential to improving outcomes, though high prices are hindering survival around the world.

The lists – which also include diabetes and smoking cessation drugs – are updated every two years and include medications that are highly beneficial and should be accessible to everyone. They provide “must-have” lists for the medications that should be available in every health system, in developed and developing countries alike, and are used to guide drug purchasing in more than 100 countries.

The cancer treatments that were recently added to WHO’s Model Lists were:

And while immunotherapy agents, like Opdivo (nivolumab) and Keytruda (pembrolizumab) have been making major headway in many types of solid cancers, they were not recommended to be added to the lists because of their high price tag and difficulty to manage in low-resourced health systems, according to WHO.

Also included in the updated list are two drugs, bupropion and varenicline, that help smokers quit. They could help to prevent many cancer-related deaths both around the world and here in the United States, where tobacco is a leading cause of cancer diagnoses and deaths.

The addition of the non-nicotine-based drugs comes after WHO kicked off its yearlong “Commit to Quit” campaign in December 2020.

“Smoking kills 8 million people a year, but if users need more motivation to kick the habit, the pandemic provides the right incentive,” said WHO director-general, Dr. Tedros Adhanom Ghebreyesus, in a statement. 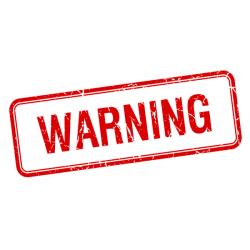