Who Wears the Face of Cancer?

Who wears the face of cancer, and how can we spot them? In this thought-provoking article, one survivor shares her perspective.

Who Wears the Face of Cancer?

I've often wondered what the poster child for cancer would look like. If we had to choose one singular face to represent the thousands and thousands of us who've been affected by cancer in some way, shape or form, who would we choose? Would we vote for the typical face cancer conjures up in our minds - the one with the frail body, the hairless head, the weakened gait and hollow eyes, or would we choose someone with evident strength of character - someone with a sparkle in her eye, a determined look on her face and an aura of determination?

Look in the mirror. A quick glance may reveal nothing. As you peer at your reflection, what do you see? Your outer shell may appear completely normal, but inside, changes could be taking place without your permission. Cells could be mutating and dividing. Cancer could be growing. You could be a poster child for cancer.

Could you spot the face of cancer? Would they stand out in a crowd? Would that face be easily visible? Inevitably the outward evidences of cancer speak volumes without the necessity of words, but what about those with no sign of illness or disease? What about the faces of cancer that go unnoticed - the silent soldiers who've already weathered the storms of active disease and are in the process of healing?

Many times, the faces of those wearing cancer are invisible to the naked eye. They may remain hidden, unexposed and unexplained. Those who wear the face of cancer don't always present their badge of suffering for public scrutiny.

There's no way to pick just one poster child for cancer. We are all the faces of cancer. Some of us will be thrust into battle and others will stand on the sidelines and watch those we love wage war. In either case, there's something inside us that chooses to hope for a good outcome.

There's no way we can accurately predict who may or may not wear the face of cancer. Occasionally, evidences of predisposition, such as hereditary genes, can give a heads up, but more often than not, the face of cancer can look very normal one day and very abnormal the next.

Cancer appears differently on the faces of those she chooses. One of the first expressions she gives is that of utter shock and dismay, perhaps even a great sorrow. Over time, this expression may change to that of acceptance and then later, to a forced perseverance. Sometimes the face of cancer gradually turns to one of submission and release.

The face of cancer could be yours, but hopefully that won't be the case.

The next time you look into the mirror, try to imagine what life would be like if you were the poster child for cancer. Would you want others to rally around you offering their love and support? Would you accept the hand dealt you with dignity and grace or would you become angry and bitter? Look again. Look deeply. Examine every line, every wrinkle, every nook and cranny. Remember the face of cancer could be yours one day.

The face of cancer may be closer than you think. That is one reason we should all be kind, compassionate and understanding.

Will you wear the face of cancer one day? I hope the answer is no, but if you did, how would you respond? Would you be fearful, confused, overwhelmed? Probably, and rightly so. But should you ever find yourself staring straight into the face of cancer, know that many have gone before you and many will come after you.

The faces of cancer are many. When you think about a face to represent cancer, picture yourself. And as you see your face, remember, the hope of those who've worn the face of cancer is that one day, we'll find a cure. Let's hope that day is just on the horizon. Cancer doesn't deserve to be worn on anyone's face. 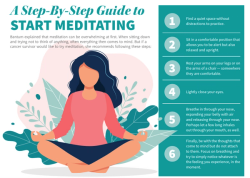