The Evolution of a Cancer Diagnosis

A guy with male breast cancer discovers what happens when cancer is bigger than the person.
BY Khevin Barnes
PUBLISHED July 31, 2017
Khevin Barnes is a Male Breast Cancer survivor, magician and speaker. He is currently writing, composing and producing a comedy stage musical about Male Breast Cancer Awareness. He travels wherever he is invited to speak to (and do a little magic for) men and women about breast cancer. www.BreastCancerSpeaker.com www.MaleBreastCancerSurvivor.com 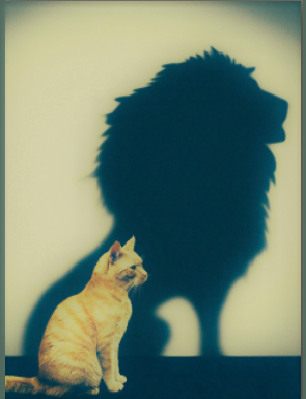 So, you have cancer.

It may take months, or even years to assimilate that news. And some of us never do.

But when we do, and most of us fall into that category, our focus naturally is centered on our own health and healing. We may spend countless hours in treatment, whether it’s a long series of chemotherapy procedures or one of the multitude of alternate possible regimens designed to bring us back into balance. Very possibly, it’s none of those, but rather, it’s a protocol that is self-designed to incorporate diet, exercise, meditation, music, humor and whatever else gives us hope and some promise of results.

The choices and time frame are endless. And regardless of how many doctors or friends and family are offering earnest advice, the final choice is always ours.

Here’s how my own cancer experience evolved:

The first year my recovery was focused primarily on me. Eventually, my network of healing spread out to include my family and friends and the people I met along the way, who were fellow cancer survivors. Gradually, very gradually, more and more men appeared in my life with breast cancer. Our disease is rare and our numbers relatively small. Research is limited, diagnosis often delayed and general knowledge is restricted.

But nevertheless, those of us who belong to any group, club, clan or team are inevitably and progressively pulled toward fellow members. It’s a bit like gravity tugging at our circumstances, until we settle in to a comfortable orbit with like-minded supporters and survivors. And that’s it. That’s good enough.

But in my personal male breast cancer experience, I began to feel a quiet calling to add another dimension to my recovery. It became clear that this “orphan disease” called male breast cancer needed to be exposed. It needed to be acknowledged and disseminated not only in a way that resonated with my own life and my own methods of coping with my cancer, but in a way that informed and perhaps motivated others.

From the very beginning, I became aware of the organizations, large and small, whose mission was to bring male breast cancer out into the open. Groups like The Male Breast Cancer Coalition, MaleBC.Org, HisBreastCancer and others have been instrumental in forwarding our cause.

But as I “stabilized” in my recovery and passed the three year marker in 2017, I began to wonder if the natural evolution of my disease would prompt me to move toward what I perceived as a “normal” life – a life where I eventually got comfortable enough to make it through a day without actually thinking about my breast cancer. Would I become complacent? Would I get lazy? Might I forget?

I can certainly see the temptation to be over and done with cancer; to move on and erase the past. But in the back of my mind I was asking the question, “What about the others?”

So, while I think it’s perfectly admirable to do away with all things cancer once we feel we’ve had enough, my own evolution invited me to do more, thanks in large part to the inspiration from those dedicated groups and individuals I’ve already mentioned.

I’m a writer. I’m a musician and composer. And since that’s what I do, the logical contribution for me was to write a musical about male breast cancer. And that’s another story for another time, but for now, for the first time in my three-year male breast cancer saga, my evolution through cancer has taken me past my own survival. This cancer will never be “over.” This cancer will never be forgotten.

This cancer is much, much bigger than me.