I'm Going to Live Until I Die

Don't go to the funeral until the day of the funeral.
PUBLISHED June 24, 2015
Susan F was unwillingly thrust into the world of metastatic breast cancer after a routine mammogram in 2012. She uses her powers of persuasion, knowledge and writing for good in hopes of helping others similarly affected. She is a patient advocate, volunteering with METAvivor (metavivor.org), a volunteer organization raising funds for research in metastatic breast cancer. 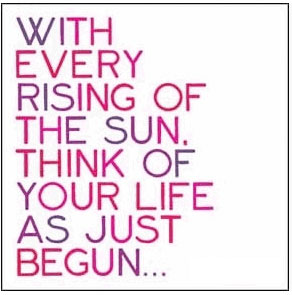 I think most people discounted Valerie Harper when she disclosed her diagnosis of metastatic lung cancer to the brain in August 2013, one website going so far as to provide readers an opportunity to give feedback about Harper's news, asking "Do you think Valerie Harper is being realistic about her diagnosis?" The general public seemed anxious to dismiss Harper and bury her before she was actually gone.

Certainly, cancer in the brain is horrible, horrible news. But I have learned, while living with metastatic cancer myself, that there are many who live for long periods of time after the cancer has spread. Harper's doctors originally only gave her three months, but as she has said, she's "well past [her] expiration date already." Harper is still alive today, two years later, thanks to lucky biology and excellent medical care.

I do my best to take this attitude about my own metastatic cancer. My favorite quote from Harper is this: "When the smoke clears, I'll be standing, until I'm not."

Valerie Harper decided to keep living. Critics responded by saying she was "not being realistic." And here's what I say to that type of feedback: You want this cancer? I'll happily give it to you. Let's see how you "live" your life. Would you want to be "realistic" and sit on the couch of death until you die? What if you live another 20 years? Do you really want to have lived your life focusing only on the fact that you're dying?

I occasionally look at websites where other stage 4 patients gather to chat. This can be a dicey experience for the newly-diagnosed. Many of the participants on these lists are experiencing recurrence after recurrence of their cancer, battling the disabling side effects of chemo and the progressing cancer. Most users are doing their best to live in hope and provide compassion to one another.

One user caught my attention though.
She had been diagnosed with stage 4 breast cancer 10 years prior. 10 years? My goodness, I thought, how wonderful. She's lived 10 years past her diagnosis. But the tone of her post did not express 'wonderful.' She talked about how, because she had been newly single prior to her diagnosis, she had just started dating. She wrote that after her diagnossis she stopped dating and had not dated since. She continued with a list of all of the many other things she had not done in the past 10 years and the physical side effects of her treatment.

Side effects are a nasty reality of past or current cancer treatment and they are worth complaining about. My distinct impression was that this individual had received her diagnosis and had decided she was dying ... so she lived the next 10 years as if she was going to die. She's right. She is going to die. We all will. But the years she had gotten past her supposed expiration date did not sound pleasant. In fact, they sounded downright unpleasant and she sounded very bitter.
I can't control the fact that I have stage 4 metastatic breast cancer. But I can control how I live my life now that it's here. As the poet Ella Wheeler Wilcox once said, "With every rising of the sun, think of your life as just begun." This is one of the few good side effects of cancer. The disease has brought my life into a new perspective. While I have not necessarily changed the way I'm living, I certainly am much more aware of enjoying the way I'm living. Dinner with a friend, seeing a Broadway play, hanging out with my dogs, sending funny t-shirts to my grand-nephew, Klaus — these are the little moments of happiness that make up a good life.

Another great quote from Valerie Harper: “Don't go to the funeral until the day of the funeral." I've never really liked funerals myself, so I don't want to be constantly attending my own virtual funeral, whether my life lasts for another two years or 20. So like Ms. Harper, I will continue to be "unrealistic," and I will be standing until I am not standing. I am grateful for Valerie Harper's courage in speaking about her stage 4 cancer and her courage in continuing to live in spite of the negative opinions of other people.

In the two years since her diagnosis, Harper joined the cast of "Dancing With the Stars," has continued to act and has become an even stronger cancer advocate. I say keep kicking, Valerie. To paraphrase a quote from "Monty Python and the Holy Grail," you're not dead yet. And neither am I.
Be the first to discuss this article on CURE's forum. >>
Talk about this article with other patients, caregivers, and advocates in the Breast Cancer CURE discussion group.