http://www.curetoday.com/publications/cure/2019/winter-2019/new-movie-tells-gilda-radners-life-story
New Movie Tells Gilda Radner's Life Story
Beth Fand Incollingo
The comic actress who was the namesake of Gilda’s Club — a network of free support communities for people affected by ovarian cancer — is now the subject of a movie. “Love, Gilda” fea­tures never-before-seen diaries, audio and videotapes from the collection of Gilda Radner, a member of the first cast of “Saturday Night Live” (SNL), who died at age 42 of the disease.

The Magnolia Pictures movie, avail­able through Amazon Prime, YouTube, Google Play and Vudu, documents Radner’s childhood, career, relation­ships and cancer journey, according to Amazon, which is offering the video’s rental for $4.99 and purchase for $11.99. 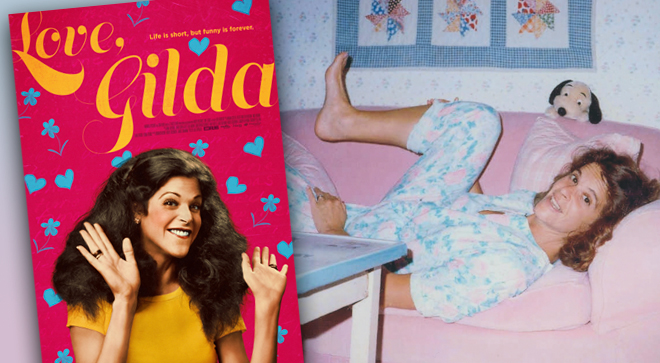 Radner’s career started in Toronto, where she joined The Second City, a comedy troupe, in 1973, performing with Dan Aykroyd and John Belushi, who also ended up as members of SNL’s initial cast, according to Biography. Later, she and Belushi moved to New York City to work on “The National Lampoon Radio Hour” and “The National Lampoon Show.” It was after that that Radner was cast on SNL, which first aired in 1975. She spent five years on the show, where she was known for several characters, including two news­women: Roseanne Roseannadanna and Baba Wawa, a parody of Barbara Walters, Biography reports. She won an Emmy Award for individual performance in 1978 and was nominated for three more.

After she left SNL, she starred in the 1982 movie “Hanky Panky,” where she met actor Gene Wilder; the pair married two years later.
Radner’s memoir, “It’s Always Some-thing,” was published in 1989, the year she died of stage 4 ovarian cancer.