Ginsburg Returns to Work During Recovery From Lung Surgery

Supreme Court Justice Ruth Bader Ginsburg has survived three types of cancer and has not missed a day of work.
BY Beth Fand Incollingo
PUBLISHED February 23, 2019
Supreme Court Justice Ruth Bader Ginsburg, who had surgery in December 2018 for lung cancer, is free of the disease, The New York Times reported Jan. 11. Two malignant nodules were removed from her left lung.

“Her recovery from surgery is on track,” the Times quoted a Supreme Court spokes­woman as saying. “Post-surgery evaluation indicates no evidence of remaining disease, and no further treatment is required.”

Ginsburg, 85, was not on the bench to hear arguments in mid-January but was working from home. “Justice Ginsburg … will participate in the consideration and decision of the cases on the basis of the briefs and the transcripts of oral argu­ments,” the spokeswoman reportedly said.

After that, the court was scheduled to have a four-week break ending Feb. 19.

Ginsburg was treated for colon cancer in 1999 and pancreatic cancer in 2009, yet never missed a day of court, according to a report in the New York Post. 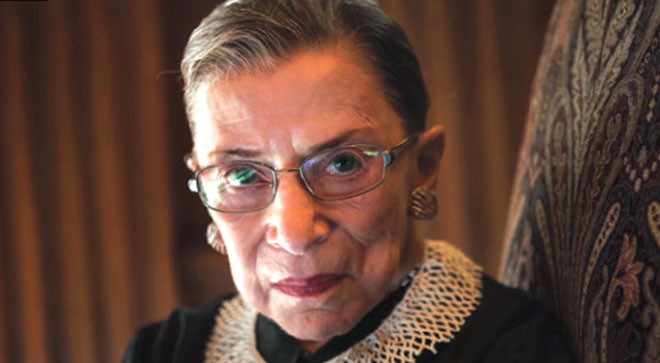 Ruth Bader Ginsburg has survived three types of cancer.
Be the first to discuss this article on CURE's forum. >>
Talk about this article with other patients, caregivers, and advocates in the Lung Cancer CURE discussion group.