4 Questions With an Expert: A Therapeutic Vaccine for Liver Cancer

CURE spoke with Ghassan K. Abou-Alfa about the potential of using a vaccinia to treat advanced HCC.

Patients with advanced hepatocellular carcinoma (HCC) currently have few systemic therapies that are effective in treating the disease, so researchers are turning to the potential role of the immune system and the possibility of an immunotherapeutic vaccinia virus to treat the disease, according to Ghassan K. Abou-Alfa, M.D.

The oncolytic immunotherapy, Pexa-Vec (pexastimogene devacirepvec; JX-594), is being assessed followed by Nexavar (sorafenib) in comparison with Nexavar alone in the ongoing phase 3 PHOCUS trial. The study plans to enroll 600 patients with advanced HCC who have not received prior systemic therapy.

The primary endpoint of the study is overall survival (OS), with secondary endpoints focused on time to progression, progression-free survival, overall response rate, and disease control rate. Safety, biomarkers, and quality of life will also be analyzed (NCT02562755).

In a preceding phase 2 dose-escalation trial, Pexa-Vec had an acceptable safety profile and increased OS with the highest dose. In this trial, which tested two doses of the oncolytic immunotherapy, Pexa-Vec showed a response by modified RECIST criteria of 15 percent and a response by Choi of 62 percent. The intrahepatic disease control rate was 50 percent. Despite similarities in response between doses, OS differed significantly. Median OS was 14.1 months with the high dose versus 6.7 months with the low dose.

Could you give me an overview of Pexa-Vec and of this study?

To gain further insight into the ongoing trial and past research into the immunotherapy, CURE interviewed Abou-Alfa, a medical oncologist at Memorial Sloan Kettering Cancer Center, who presented details about the study at the 10th International Liver Cancer Association (ILCA) Annual Conference, a meeting of hundreds of oncologists and other liver cancer experts in Vancouver, Canada.The story of Pexa-Vec is pretty long and rich. The biology is quite fascinating. It's a vaccinia, a live-attenuated virus with a disrupted thymidine kinase. We have an informer gene and a reporter gene and GM-CSF within that disrupted thymidine kinase. What happens is — in simplistic terms — the vaccinia is injected into the tumor cells and simply because of the disruptive nature of the cancer cells, the virus will just replicate. We believe that EGFR is active, which will add to that replication.

We're seeing a lot of viruses that have this disrupted thymidine kinase, so the cancer cells will be destroyed by simple oncolysis—a direct viral effect. We believe the blood vessels of tumors will also be disrupted by the virus and can leak out and create an antiangiogenic effect, in a way. It also appears that the virus is shedding antigens but also GM-CSF, as I said, which can recruit T cells and create an immune response in that way —where the T cells are attacking the cancer cells. It’s all very complex.

There was some great preclinical work done, but important information came from the first study, which randomized patients in the first-line setting to a high dose of the virus. It was found in this study that when you inject tumors, median survival can reach 14.7 months, while there was almost no effect at a lower dose—6.7 months. This, by itself, created good rationale for pursuing further work.

We made a bit of a mistake with the program, in which a second-line strategy was brought into the mix, which wasn't the right thing to do. At that time, there was a great need for therapy in the second-line, but in this setting and with poor patient selection, the study did not pan out very well.

Thankfully, we're back on track now. In our phase 3 trial, we're randomizing patients in the first-line setting and are selecting patients with regard to liver performance. Patients will receive three intratumoral injections of Pexa-Vec followed by Nexavar versus Nexavar alone.

What factors led to the agent being explored in the second-line and noth te first-line setting?

Sometimes these are strategic decisions, but they could also be biologic decisions. In that sense, the biology favors the first-line, no question. It's an interesting question for the big picture, not only the PHOCUS study. For any study, first-line versus second-line should be biologically driven. The examples are abundant. Stivarga (regorafenib) brought very disruptive data in the second-line after progression on Nexavar — an improvement in survival compared with placebo — it's kind of unheard of. The key question is: why? Could the improvement in survival have happened independently in first-line? Or was it dependent on being in the second line?

What kind of adverse events are you anticipating?

The way we've understood HCC for a long time was in the context of silos. Small lesion, good liver, you sent the patient for surgery. Small lesion, bad liver, you sent the patient for transplant. Each patient was dropped in a silo or box. We need to understand how patients evolve across the board—dynamic staging.This is a virus, so most of the side effects are going to be related to a viral reaction. The events we might see could be fever and anything related to that, all the way to hypertension. There are certain, universal precautions to deal with viruses that we are well aware of.

How could Pexa-Vec compare with other immunotherapies in HCC?

Thankfully, through education and increasing awareness, the medical community understands the issue of giving live-attenuated viruses to patients. And patients are receptive to it, too. I always give the most credit to our patients with liver cancer. It's incredible that when they are unfortunately dealing with this disease, how open they can be to give physicians the opportunity to try new therapies. It's probably unfair to compare things now. It's like apples and oranges. We're all very excited about immunotherapies, no question, like Pexa-Vec and anti&shy;—PD-L1 therapies and anti–CTLA-4 therapies. If we were to ask ourselves as to who might respond to immunotherapies, I think the answer is that time will tell. 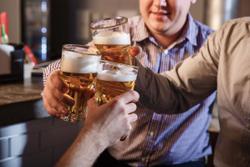