From mouth sores to cold sensitivities as well as a continued taste of chemicals, cancer survivors recently shared some of the more unexpected side effects they experienced during and after treatment.

Cancer treatments often come with side effects that may impact a patient’s quality of life. While some may be expected or often explained by physicians, others may not be as frequently discussed, taking patients by surprise.

Here is what some of our readers had to say:

Physical Side Effects: Some Surprising While Others Linger

Some side effects are openly discussed, while others are not. For example, Amy S. wrote that she was expecting hair loss, but not the constant runny nose effect that came from losing her nose hair.

Other survivors explained that they did not expect the cancer side effects to last as long as they did.

“So much pain in my bones, joints, tendons, back. I didn’t expect to have so much pain months after chemo ended.” — Karen R.

Another survivor wrote, “I was told that I probably would not lose my hair, but I might have nausea and diarrhea. Got none of that, but instead have polyneuropathy, had sores around my mouth and down my throat, tooth loss and dry mouth, lost much vision in my right eye, have permanent fatigue and chemo brain. Those are a few effects I was NOT made aware of and as a 12-year survivor, most of them are apparently permanent.” — Pat H.

Cancer treatments not only affect physical health but emotional well-being as well.

“I was aware of the physical side effects, but not prepared for the mental health issues. Every little new ache or pain triggers my anxiety and fear of cancer recurrence.” — CURE® contributor Gogs Gagnon.

Another Instagram user and colorectal cancer survivor named Lisa replied to Gagnon, “It Is great to know that we are not alone. That’s why I tend to overshare, because I want people to know that they aren’t alone. Due to (COVID-19), so many of us have not been able to have any kind of in-person support with people (who) are going through what we are. I was diagnosed right before (the COVID-19 pandemic), and I thought that I would be able to get together with people and we could all complain or support each other. But I have made some Instagram friends (who) have really helped. And I hope that I am able to help as well. Peace and love.”

“I was so surprised (that) I went into a depression after treatment was finished. I thought it would have been a happy time, but instead, everything turned to fear.” — Anne H., who is seven years out from her breast cancer diagnosis and three and a half years out from her angiosarcoma diagnosis.

Multiple respondents wrote that they wish there were more patient-provider conversations around side effects so that the survivors know what to expect.

“Oncologists or your (doctors) should really sit and explain all gifts that chemotherapy gives you after you finally are either cured or in remission. Everyone is different, but to be informed of these life changes after would help the patient and caregiver.” – Len M.

However, side effects are not the same for everyone, as one survivor pointed out.

“There’s really not enough attention given to the amount of side effects you get from chemo treatment, especially doxorubicin and Taxol. They can’t prepare you because everyone’s experiences are different. Mine were severe, others breezed through treatment. Here’s a few of mine: chemical taste and smell of all foods, weight loss, neuropathy, mouth sores, bone pain and nausea, hot flashes. I can go on and on.” – Gayle N.

Another said that the cancer side effects she had previously been made aware of were those for a different cancer type.

“As a colorectal cancer patient, every treatment side effect was unexpected. I think the general population (myself before cancer included) doesn’t know that chemo and chemo side effects are cancer-specific. My view of cancer treatments was largely based on breast cancer since that’s what’s most publicized.… Definitely surprised by the cold sensitivity, neuropathy, etc. that come with treatment for (colorectal cancer).” – Jess

Follow CURE® on social media to join the discussion. Or, connect with other survivors and experts in our monthly #CureConnect tweet chat. The next one will be held on Thursday, Jan. 27, 2022 at 1:00 pm, EST, focused on the topic of COVID-19 and cancer. 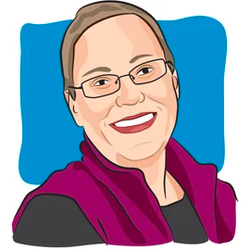