As part of its “Speaking Out” video series, CURE spoke with Dr. Tracy L. Rose, on behalf of the Bladder Cancer Advocacy Network, about how currently available agents are being investigated in combination with one another.

EP. 1: Living Well Beyond Bladder Cancer With Support
EP. 2: Expert Discusses Effects of a Bladder Cancer Diagnosis on Caregivers and the Support Available to Them
EP. 3: Patients Can Help Move the Needle Forward in Bladder Cancer Clinical Trials With Participation
EP. 4: Having Open and Honest Conversations With Oncologists Aids in Patient-Physician Communication in Bladder Cancer
Now Viewing
EP. 5: Combining Old and New Therapies in Advanced Bladder Cancer Shows Promise for the Future

Kristie L. Kahl: Can you explain relapse in urothelial carcinoma following standard of care in the first-line setting?

Dr. Tracy L. Rose: So, some of this answer depends on the stage of the cancer that you're talking about. So, if you have advanced cancer, but still localized, meaning what we call muscle-invasive bladder cancer, or even lymph node-positive bladder cancer, where people get surgery or radiation, typically,we do cure some of those patients. And then some of them, their cancer comes back after that aggressive treatment. And we call that relapse.

That is different than the metastatic or the stage 4 patient, who we call the advanced urothelial cancers. And those patients, a lot of them we can help get their cancer to shrink with first-line treatment, which is typically these days still chemotherapy. But the majority of patients with stage 4 disease, at some point, their cancer starts to grow again. And standardly, we give chemo and then we actually immediately give immunotherapy or immune therapy in a setting that we call maintenance to try to prolong the time until that cancer comes back. But for most patients with a stage 4, metastatic urothelial cancer after chemo and even immunotherapy, at some point, their cancer will grow again. And so, it's really a conversation from the beginning about this care continuum about how aggressive do we want treatment to be? What (are the) priorities and how (do we) handle that?

Kahl: Why is there a need for more treatment options in this space?

Rose: The great news in bladder cancer is that it's getting better and better. The number of treatment options has really exploded in the last few years in a way that we hadn't seen for decades. And so it's actually a really exciting time for bladder cancer; we have so many more options. Despite these, the majority of patients with advanced or metastatic bladder cancer, their cancer figures out how to grow despite all these treatments and, eventually, for most patients, that cancer takes their lives. And so clearly, we can still do better. And there's a ton of work trying to advance the field. But, we haven't yet found that miracle cure for the majority of patients with advanced or stage 4 cancers. And so that's obviously what we're trying to do.

Kahl: Can you talk about what antibody drug conjugates are, and how do they work in the bladder cancer space?

Rose: Yeah, so these are a newer class of drugs that are being used in a number of different cancers, but (they) have had relatively good success in bladder cancer. Classically, we gave standard chemotherapy, which went to the whole body and disrupted fast growing cells’ ability to grow. (Chemotherapy) specifically treats cancer cells, because they tend to be fast growing, but (this type of treatment has) a lot of side effects. … Now, we've developed, essentially, targeted chemotherapy.

What we do is actually take an antibody, which is essentially the name for a molecule that can be targeted to bind to a protein in the body, and then we attach chemo to it. And so you can actually target the chemotherapy more specifically to certain things.

And so, for an example, there's a drug called (Padcev [enfortumab vedotin]) that's approved for bladder cancer for metastatic or advanced bladder cancer now, and it is an antibody to something called Nectin-4 that's expressed on the majority of bladder cancers. And it's attached to a piece of chemotherapy. And so now we take the chemo and we direct it to any cells that have Nectin-4 on them, which include bladder cancer cells. And so you're not delivering the chemo to a lot of normal parts of your body that you don't want to give chemo to. It's still not perfect, because there's also other cells like the skin that have these proteins on it. So you do get some side effects, but it's essentially more targeted chemotherapy because it's bound to an antibody.

Kahl: Are there any drugs or combinations in the advanced or metastatic setting that are on the horizon?

Rose: There's a number of drugs that are approved in the advanced urothelial cancer setting. So we've had chemo for a long time. And then more recently, we have a number of immunotherapy options either in the maintenance or what we call the relapsed setting. And now there's a couple of other more targeted drugs. There's the antibody drug conjugates enfortumab vedotin, (Trodelvy [sacituzumab govitecan]). And then there's another targeted therapy for a certain subset of patients called (Balversa [erdafitinib]), which targets patients with mutations in FGFR, which is one of the proteins that's commonly mutated in bladder cancer.

And then, coming down the horizon, there's lots of really exciting clinical trials going on. And they're in a lot of different spaces. Some of it is those drugs that I just listed and testing them in other situations. So for example, we're testing a combination of enfortumab vedotin and immunotherapy together, which has some pretty good preliminary data to see if that's better than chemo in the first line. We're looking at those same drugs in earlier stage, so muscle-invasive bladder cancer, both before surgery and potentially after surgery. Similarly, looking at erdafitinib, which is the FGFR inhibitor, in earlier settings. And then there's also different types of immunotherapy (trying to stimulate your immune system by unblocking other pathways) and looking at other antibody drug conjugates. So, I mentioned Nectin-4, but there's also antibody drug conjugates against something called HER2.

So there's a whole vast array of new drugs, but also new ways to use drugs that we already have that are being studied. And so it goes back to the conversation about clinical trials in which is the real way to test these and see if we can improve standard of care through clinical trials. And so we always encourage patients to consider clinical trials when they're making treatment decisions, too. 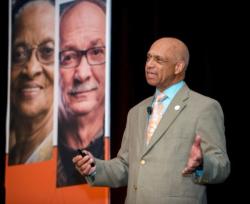 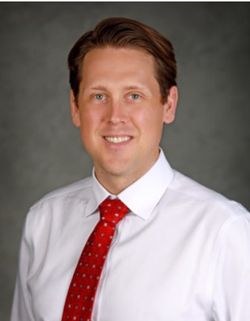