Living With Pancreatic Cancer: a Patient and Provider Perspective - Episode 1

Kristie L. Kahl: With early detection being so key, are there any tests that are currently in development right now?

Dr. Michael Goggin: There are tests in development. I think the most important thing to say about early detection is that even with existing tests, the news has been very encouraging, based on recent results. There's a lot of nihilism about pancreatic cancer. But what we've been able to find in recent years based on our own studies, and some of the national data is that pancreatic cancer can be cured in a percentage of patients, if it's detected early enough.

We've always known pancreatic cancer detection was important. But what's been particularly encouraging is that if we detect patients with the earliest stage, stage 1 pancreatic cancer, their survival is actually very, very good. So it's taken a while for us to really gather that kind of evidence that, first of all, we can, with our existing tests, detect stage 1 pancreatic cancer in a significant number of people who are under surveillance, and that when we follow these people for many years, that they're at five years of survival and the 10-year survival is actually well over 50%.

We still have the major challenge of trying to identify patients with stage 1 pancreatic cancer, but even with existing tests, this is what this data is showing. That this can be achieved. So that should just increase our determination to do better to develop a better test.

So, with respect to improving tests, there is encouraging evidence about blood testing that it may play a role in, in helping us to diagnose pancreatic cancer. It's still not quitevsomething we can roll off routinely. Our the testing that we do currently means imaging the pancreas with scans. The encouraging data there is how do we do better with scans. And that's also very exciting. Folks who pay attention to technology will read a lot about artificial intelligence and how it can be applied in many different areas of life. So, we're beginning to see a lot more evidence that applying that kind of artificial intelligence, or what we call deep learning, can really improve what we can see beyond what the radiologist can see. So one step is taking advantage of these emerging technologies to allow us to get more out of the imaging tests that we're doing.

Another important area, though, is can we use blood testing to develop very accurate tests that could complement imaging. The data are emerging, so that we will be able to do that. And that a combination of imaging tests, along with blood tests can do a better job. We anticipate then just using imaging tests alone. So it's not like we can easily diagnose early stage pancreatic cancer. But I think the evidence is showing that we can do better with that kind of combination.

Kristie L. Kahl: Which areas of early detection of pancreatic cancer would you say are the biggest priority right now?

Dr. Michael Goggin: The biggest challenge is really identifying people who should undergo pancreatic surveillance. In other words, that's trying to identify the person and find out if they have enough risk? We can judge that they would merit for regular surveillance when we take pancreas surveillance. Typically, that's having an annual scan. And so that's over many years in middle aged patients, maybe age 50, but it could be for 20 to 30 years. That's a long period of time.

So when you are deciding whether or not someone merits that kind of annual surveillance, we want to make sure that the evidence justifies that kind of long-term commitment. So far, we've only been able to show that this really is valuable for people who have significant family histories, and especially those who carry a cancer susceptibility mutation that they've inherited.

So what we're trying to do better is risk stratify. A lot of people have a family member with pancreatic cancer. That would raise concern. Thankfully, the vast majority of those individuals will not get pancreatic cancer. But you know, when there's multiple close blood relatives with pancreatic cancer, then the risk goes up. And building upon that is a combination of understanding about your inheritance and acquired risks – what your metabolism is. Risk stratification is an area of great importance, and we're gradually getting better at doing that.

That is still an ongoing challenge. We have to identify new susceptibility genes. We don't understand why some cancer runs in some families. We know about some of that. We know some of the genes that are responsible. But we're still in the voyage of discovery about identifying new susceptibility genes that will help more families. And there's other risk factors. If you go to your doctor, and you're trying to figure out how much risk you have for heart disease, for eexample, you get your cholesterol measured ,your glucose checked and your blood pressure measured, and how many smoking years. That is a very effective way of risk stratifying an individual. So we anticipate in the future that we will be much better at that kind of risk stratification so we can identify who really does benefit from an annual surveillance.

Kristie L. Kahl: Who does need to have surveillance testing?

Dr. Michael Goggin: I think the evidence is clear. If you dig into the literature, some of the societies would say screening, or pancreas surveillance isn't recommended and that they're trying to make that statement about just the average risk individual, or maybe an individual who has a family member with the disease. And of course, naturally, with pancreas cancer, naturally, they want to know what they should be doing … For people who we judge have quite a high risk, maybe they carry a susceptibility gene mutation like BRCA1 or BRCA2 and several of the genes that we know about, those risks are really significant over a lifetime. What we've found is that those people, we can identify high-risk pancreatic cancer. A significant percentage of those people, in identifying it early, really does improve outcomes in these individuals. So in that, what we sometimes call a high risk group, which is somewhat of a misnomer, because, they're not necessarily at super high risk, but they are at a high enough risk to warrant surveillance based on current evidence.

Kristie L. Kahl: Looking forward, what is the future of early detection for pancreatic cancer?

Dr. Michael Goggin: We've made a lot of progress in the last 10 years and going back 20 years. So I think there's a lot of room for optimism because we've been able to take advantage of emerging technologies. We're getting better at understanding risk. And so putting this all together in synthesizing it and putting it into a routine medical record and a medical assessment will allow us to be able to offer surveillance for more individuals.

One of the other emerging developments in pancreatic cancer has been part of what we've seen in other cancers as well. More routine access of individuals to a genetic test that helps to define their risk. The evidence in recent years from our own group and from several institutions across the country tell us that it's appropriate to offer a gene test for patients with pancreatic cancer, or even their immediate blood relative at the time of diagnosis, or at least soon after, to try and identify if there's something running in the family that would suggest that other family members are at risk of pancreatic and other cancers. This is very important because it helps us to identify family members who would benefit from surveillance, not only for pancreatic cancer but for other cancers. Like women might need earlier breast or ovarian cancer surveillance, based on a mutation that they find. And these gene testing steps can also help determine what's an appropriate treatment for the patient. So what's happened is that that's gone from being something that is occasionally done to something that we're trying to get done much more universally, much more routinely in clinical practice.

Kristie L. Kahl: Looking over the next five to 10 years, what do you think needs to happen in order for us to see this improvement?

Dr. Michael Goggin: The improvement in early detection has been possible because the families have stepped forward and participated in early detection studies. We started doing early detection studies more than 20 years ago … And it's the collaborations across multiple centers. Because these kinds of studies take many years and involve many individuals. In our own program, we've followed 1,000, individuals in our multicenter study that has followed similar large numbers across multiple institutions, collaborations internationally. So we've been able to work closely together to understand what is best practice and to change our response to emerging evidence, and just gathering the data together across multiple centers. The power of many is what's really required. So, we need to continue to do that to have large multicenter studies to evaluate emerging blood tests for pancreatic cancer, early and emerging imaging tools, and emerging ways of risk stratifying. So working together is key.

Kristie L. Kahl: From a public standpoint, what is it that the public needs to know so that we can try to make these improvements?

Dr. Michael Goggin: That's a challenge in the sense that there's some nuance there, because you want to be able to offer early detection as widely as possible. But there are important considerations about who is the most appropriate individual. We're not yet at the stage where we can offer pancreatic surveillance and say it should be given to everybody over a certain age. You have to know your family history. And sometimes you have to go and say, “Well, maybe if I get a gene test, because my mom or dad had pancreatic cancer, well, what does that mean?” And that may require that kind of public education. And it is really also about educating primary care providers, clinicians who may not deal with pancreatic cancer that often to educate those because it's still something that the first step is often going to provide an understanding what is the appropriate step for them Should they be doing anything more? Should they be getting a gene test? Should they be going to a provider to get pancreas surveillance, for example?

And, and there may even be a point soon when blood testing is offered as a kind of a pan cancer test, not just for pancreas, but for multiple cancers. And is that something worthwhile? There's have been clinical trials that suggested that could be worthwhile. But we’re still awaiting data. So it's an exciting time. And it's not easy to give a simple public health message. But there's so much expertise now available. And so much more public awareness and so many foundations, trying to help individuals in the public, I think that's an appropriate place to gain additional information, if not from private provider, but one from one of our pancreas foundations who are doing everything they can to help.

Should I Get Genetic Testing for Cancer? 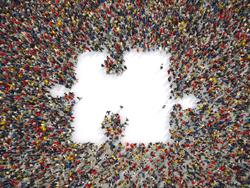