The Food and Drug Administration will fast track the development and review of ITM-11 for the treatment of gastroenteropancreatic neuroendocrine tumors.

The Food and Drug Administration (FDA) granted a Fast Track designation to ITM-11 (n.c.a. 177Lu-edotreotide) for the treatment of patients with gastroenteropancreatic neuroendocrine tumors, which often originate in the pancreas or other parts of the gastrointestinal tract.

A Fast Track designation is granted to therapies that treat serious conditions and, if approved, will fill an unmet treatment need, according to a press release from ITM Isotope Technologies Munich SE, the manufacturer of the investigational radiopharmaceutical drug. In granting the Fast Track designation, the FDA will facilitate the development of the drug and will expedite its review of the treatment.

ITM-11 is a targeted therapy for patients with gastroenteropancreatic neuroendocrine tumors that are often difficult to treat, according to the release. In addition, early diagnosis of these tumors is also challenging due to their unique characteristics, which can also increase a patient’s likelihood of disease spread and limited treatment options.

Researchers are currently studying the efficacy and safety of ITM-11 in two ongoing randomized phase 3 clinical trials, in which ITM-11 will be compared to standard therapy. The COMPETE trial consists of patients with inoperable, progressive, grade 1 and 2 gastroenteropancreatic neuroendocrine tumors, whereas the COMPOSE trial will include patients with grade 2 and 3 disease. Patients from both trials have neuendocrine tumors that originated from the gastrointestinal tract or the pancreas, according to the release. To be eligible for either trial, patients must have somatostatic receptor-positive disease.

The main goal of the trials is to determine whether ITM-11 leads to a longer time between treatment and disease worsening — an outcome known as “progression-free survival” — compared to standard of care. Overall survival, which is the time from treatment until death of any cause, will also be analyzed in these trials.

ITM-11 is made up of two parts that work together to destroy tumor cells. In particular, the targeting molecule edotreotide binds to receptors on the neuroendocrine tumor cells, allowing the radioisotope portion of the drug — known as non-carrier-added lutetium-177 — to attach and release radiation to kill the tumor cells. 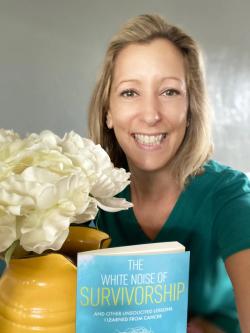