Vofatamab (B-701) may be safe and effective for patients with locally advanced or metastatic bladder cancer with an FGFR3 mutation who have relapsed after, or are refractory to, at least one prior line of chemotherapy, according to preliminary findings.

Treatment with vofatamab (B-701) may be safe and effective for patients with locally advanced or metastatic bladder cancer with an FGFR3 mutation/fusions who have relapsed after, or are refractory to, at least one prior line of chemotherapy, according to preliminary data presented at the 2019 American Society of Clinical Oncology (ASCO) Genitourinary Cancers Symposium.

Vofatamab is an antibody specifically targeted against the fibroblast growth factor receptor 3 (FGFR3), a known driver of bladder cancer that occurs in 20 percent of this patient population.

“There are limited and, in some cases, no approved treatment options for patients with advanced metastatic bladder cancer who have failed chemotherapy and, if indicated, checkpoint inhibitors. FGFR3 inhibitors have the potential to revolutionize the clinical management of metastatic bladder cancer in biomarker-selected and potentially poor checkpoint responding patients,” Andrea Necchi, M.D., medical oncologist at Fondazione IRCCS Istituto Nazionale dei Tumori in Milan, Italy, said in a press release.

“Vofatamab has the potential to be a differentiated FGFR3 inhibitor with a tolerability and activity profile that may provide a much-needed therapeutic option to patients,” he added.

The ongoing phase 1b/2 study was designed to evaluate vofatamab — as a monotherapy and in combination with docetaxel – in 42 patients (21 in each arm) with bladder cancer previously treated with one or more prior lines of chemotherapy and, if available, a checkpoint inhibitor.

The majority of patients in the monotherapy and combination arms were male (90 percent and 76 percent, respectively), a median age of 64 and 70 years, and had a median two and three lines of prior therapy.

Preliminary data at six months demonstrated a disease control rate (the percentage of patients with advanced or metastatic cancer who have achieved complete response, partial response and stable disease) of 27 percent in the combination arm and 21 percent in the monotherapy arm. In addition, the monotherapy arm induced a median progression-free survival of four months in patients utilizing the treatment as a fourth line of treatment.

Treatment was generally well tolerated in both groups of patients, with the most common treatment-related side effects being asthenia (physical weakness and lack of energy), diarrhea, decreased appetite and rash; however, of note, they were all grade 1 or 2.

The researchers noted that dose interruptions and deductions were rarely seen; two patients discontinued treatment for infusion-related reactions. Serious side effects occurred only in the combination arm — febrile neutropenia in three patients.

“We are pleased with this preliminary data in the FIERCE-21 trial that indicate vofatamab is providing clinical benefit in a group of patients at a very advanced stage of disease,” Steve Abella, M.D., chief medical officer of Rainier Therapeutics — the drug’s manufacturer – said in a press release.

“Vofatamab in combination with docetaxel is showing a benefit to patients in the trial that has surpassed historical results of single-agent docetaxel in other trials. In addition, single agent activity was also observed with vofatamab in a heavily pretreated patient group,” he added. “We look forward to reporting further data later this year and believe the data reported today supports moving forward with the planning of a pivotal trial of vofatamab in combination with docetaxel intended to improve treatment outcomes for this patient population.”

The researchers noted a phase 2 study of the agent in combination with a checkpoint inhibitor, called FIERCE-22, is nearing completion. 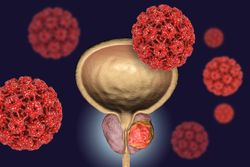 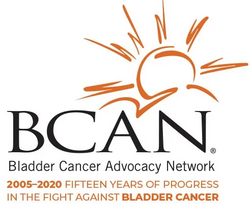 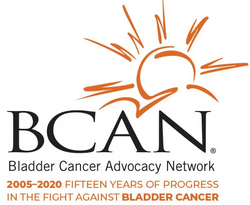