Findings from a phase 3 clinical trial demonstrated improved tumor shrinkage rates with the immune checkpoint inhibitor toripalimab and a first-line chemotherapy combination for nasopharyngeal carcinoma, a tumor that occurs in the nasopharynx (located behind the nose and above the back of the throat). The promising results may open the door to new clinical trials assessing triplet therapies with Food and Drug Administration (FDA)-approved drugs and provide hope for better treatment options for this patient population.

Results from the JUPITER-02 trial were presented at the 2021 American Society of Clinical Oncology (ASCO) Annual Meeting. In 2020, toripalimab received a breakthrough-therapy designation (approval to expedite drug development) for metastatic nasopharyngeal carcinoma. Of note, toripalimab is approved in China
for several indications, but it is not FDA approved.

Currently, the worldwide standard of care for these patients is first-line chemotherapy with gemcitabine and cisplatin. “By adding immunotherapy to the combination, we hope to improve survival and increase the time from starting therapy to progression of the cancer,” said Dr. Glenn Hanna, director of the Center for Salivary and Rare Head and Neck Cancers at Dana-Farber Cancer Institute in Boston, in response to the trial results. “If the triplet (therapy) has better rates of tumor shrinkage and prolongs survival with a reasonable side effect profile, that’s a win.”

The possible addition of a novel regimen is exciting. “Treatment advances for late-stage nasopharyngeal carcinoma have lagged behind those of other cancers,” Dr. Julie R. Gralow, ASCO chief medical officer and executive vice president, said in a news release. “Findings from the JUPITER-02 study offer new hope for patients with advanced disease, changing how we care for them.”

The trial was performed in China, and researchers observed an improved median progression-free survival (the length of time during and after treatment of a disease that a patient lives with the disease without it getting worse) of 11.7 months with the treatment regimen of toripalimab plus gemcitabine and cisplatin compared with eight months in patients treated with chemotherapy alone.

“It does get a little tricky when they’re testing an agent that’s primarily manufactured and approved in another country, but we did see practice-changing results,” said Dr. Malini Patel, a medical oncologist in the lung cancer/thoracic oncology and head and neck oncology programs at Rutgers Cancer Institute of New Jersey. “I’m fairly confident that in the near future, we should be able to see this drug in the United States.”

Patel noted that new clinical trials are underway replicating a similar treatment regimen with already-approved checkpoint inhibitors. “(JUPITER-02) is the first study to show a response like this in the first- line, recurrent and metastatic setting, and there are other trials using agents that we use in the United States that are piggybacking off this design,” she explained.

Hanna noted a new trial by the nonprofit research organization NRG Oncology, which is examining the efficacy of gemcitabine and cisplatin in combination with Opdivo (nivolumab). The hope is to see similar, if not identical, results by using the FDA-approved immune checkpoint inhibitor Opdivo in place of the not-yet-approved toripalimab. “The concept is built on the success that’s been observed in Asia,” he said. “I think it will be an analogous study in our population. So, hopefully, we see similar results.”

Both Hanna and Patel acknowledged, however, the possibility of seeing different results due to the difference in populations. Nasopharyngeal carcinoma is considered endemic in Southern China, Southeast Asia and Northern Africa, whereas it’s rare in the United States, with less than 1 case per 100,000 people each year, according to the American Cancer Society.

Patel added that this doesn’t change the importance of the trial results. “I don’t think it should underscore the results of the study,” she emphasized. “Our survival data (are) certainly immature, but we do see a trend for improvement in survival.”

In addition to these studies, other trials have examined the use of drugs such as Keytruda (pembrolizumab) and Opdivo as single agents for the treatment of nasopharyngeal carcinoma. Hanna also noted that exciting new therapies targeting the EBV virus are on the horizon, as are studies combining immunotherapy with vascular targeting drugs, but that agreement on an official second-line treatment option remains an open question.

“Right now, outside of a clinical trial, it’s a little bit heterogeneous in what doctors prescribe and use. We are in need of trials that focus on the population that (progressed after) chemotherapy and immunotherapy in the first-line setting,” he explained. “It’s a tough disease to treat.” 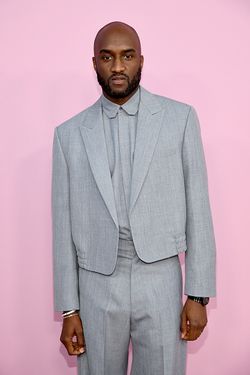 9/11 Firefighters and Unending Tragedy: 'Together as One Neighborhood'